Portions of the proceeds from sales are earmarked for supporting ongoing efforts of both the McIntire Young Alumni Council and Comm Council. 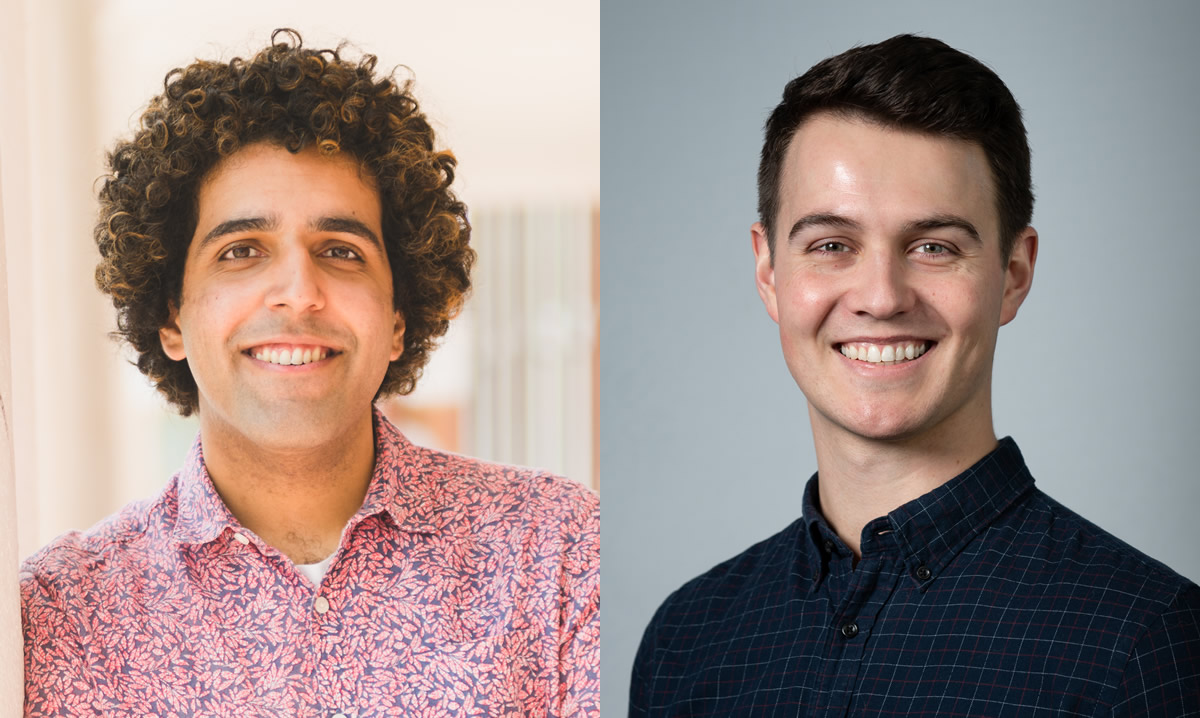 The McIntire Young Alumni Council (MYAC) has been representing recent grads from the Commerce School’s undergraduate, M.S. in Commerce, and M.S. in Accounting Programs since 2002. As MYAC serves as an avenue for alumni engagement and fundraising efforts, it made sense that the active group was interested in doing its part to help celebrate McIntire’s 100th year.

Their mission has taken form digitally as the McIntire Online Store, an online storefront specializing in McIntire merchandise launched in partnership with UVA’s own main bookstore.

The concept dates back to 2012, when Ryan Whitney was a Block Representative on Commerce Council and seeking a way to expand activities being offered to students without relying solely on funds provided by the School.

“Rather than hosting a one-time or annual fundraiser, we came up with the idea of pursuing a partnership with the UVA Bookstore to produce and sell McIntire-branded merchandise,” Whitney recalls. “At first, we sold mostly t-shirts, jackets, and hoodies between classes and at special events by setting up a table and selling out of boxes, but within a year, we deepened our relationship with the bookstore. The funding from those sales gave Comm Council additional flexibility and autonomy, which in turn enabled us to better serve the McIntire student population.”

Cut to 2019, when Anant Das was serving as Comm Council President, overseeing McIntire’s in-person school store at Rouss & Robertson Halls during his fourth year. During that time, the store generated thousands of dollars of sales, and alumni would occasionally ask to order apparel—but those inquiries would yield little in the way of future interactions. “We struggled to engage alumni with the school store beyond that,” he says.

Upon joining MYAC, Das was struck with an idea: “I thought about how we could better engage alumni and provide apparel directly to them, wherever they may be, if we sold to them online,” he says, noting that the group was motivated to act because of the Centennial’s arrival.

“We had the goal to launch in time for the Centennial as one of MYAC’s contributions to the celebration, address an apparel need of alumni, and support the School.”

“Anant worked tirelessly in partnership with Commerce Council and the UVA Bookstore to bring MYAC into the fold and revitalize the McIntire School Store,” says Whitney.

Making the Most of Merch
Das says that through his undergrad experience with the bookstore, he had a working familiarity about which items were popular and smartly worked with the bookstore to ensure those items were in stock, while also collaborating with them on designs for “high-quality apparel like polos, vests, and jackets that can be worn to work.”

Historically, the store has also carried items featuring student artwork and seasonal, limited-run, and class year-specific pieces in addition to classic apparel and merchandise featuring the McIntire logos, Whitney says. But he notes that for the refreshed virtual iteration of the store’s launch, they started with what they knew worked in the past.

“I wish I could say that we performed some extensive ‘willingness-to-pay’ analysis in conjunction with the Promotions class to ensure we were effectively targeting our key demographics, but we haven’t quite reached that level of sophistication—yet!” Whitney jokes. “That said, we have some data from the store’s first few years that has helped guide us. We’d love to hear from students, faculty, staff, and alumni about what they would be interested in seeing made available!”

Portions of the proceeds from sales are earmarked for supporting ongoing efforts of both MYAC and Comm Council.

“The store was initially founded to support initiatives that would strengthen our McIntire community,” says Whitney. “Through MYAC’s partnership with Comm Council, we’re excited to expand these offerings beyond the walls of the School to include mentoring opportunities, outreach activities, as well as alumni events and programming.”

Enduring Connections
Through its programming, MYAC offers young alumni a direct link back to McIntire. Whitney considers himself extremely fortunate to have such a close connection to the School through the leadership council.

“It’s provided me an opportunity to give back to an institution that provided an excellent educational and professional foundation,” he says, explaining how interactions fostered by MYAC have helped to maintain relationships with his fellow classmates and professors, as well as forge new connections with other alumni he would otherwise have not met. “These friendships are what’s truly important, and they mean everything to me. The UVA alumni network—and McIntire’s in particular—is an exceptionally talented and deeply loyal group.”

Das shares Whitney’s feelings about being able to give back and do his part to initiate positive change at McIntire through his involvement.

“In my two years at McIntire, I took 19 classes in the Comm School, and two of my activities—Commerce Council and the Madison House CASH Program—were both Commerce related. After spending so much time involved with McIntire, it really feels great to continue to call the School home and remain involved.”

Looking toward future goals, Whitney says that MYAC remains on the lookout for chances to partner with the School. It’s part of a broader goal of supporting McIntire’s young alumni and making sure that their voices are heard.

“We have a unique, diverse perspective that is a critical piece to remaining agile in an ever-changing educational landscape. MYAC is very proud of and grateful for the support we have and the partnerships we’ve built with faculty, alumni, and the other McIntire boards. We look forward to continued dialogue and opportunities to serve this community.”

With the Commerce School’s 100th anniversary taking center stage this year, MYAC plays a crucial role in the community, ensuring that vital relationships endure that foster critical support and direct engagement of alumni well into McIntire’s next century and beyond.