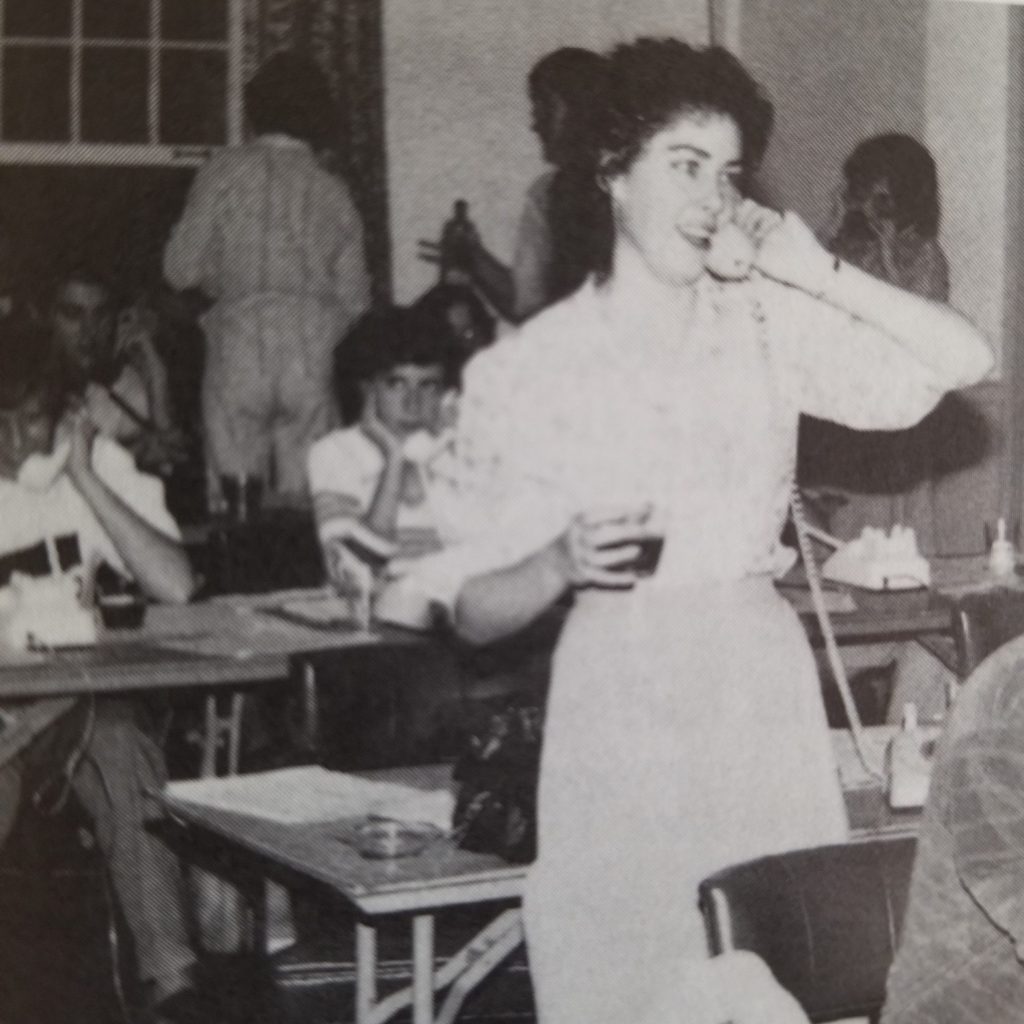 In the fall of 1979, the McIntire School took a bold step in fundraising, with "Update 79," the first phonathon conducted by one of the University's undergraduate units. The effort was the sole responsibility of an eight-student committee chaired by Meredith Tucker (McIntire 1980). Their work culminated with five nights of calling by 250 student volunteers reaching out to 2,400 of the 3,678 McIntire alumni and raising $40,000.

Photo: Meredith Tucker, Chair of the first phonathon, in 1979.