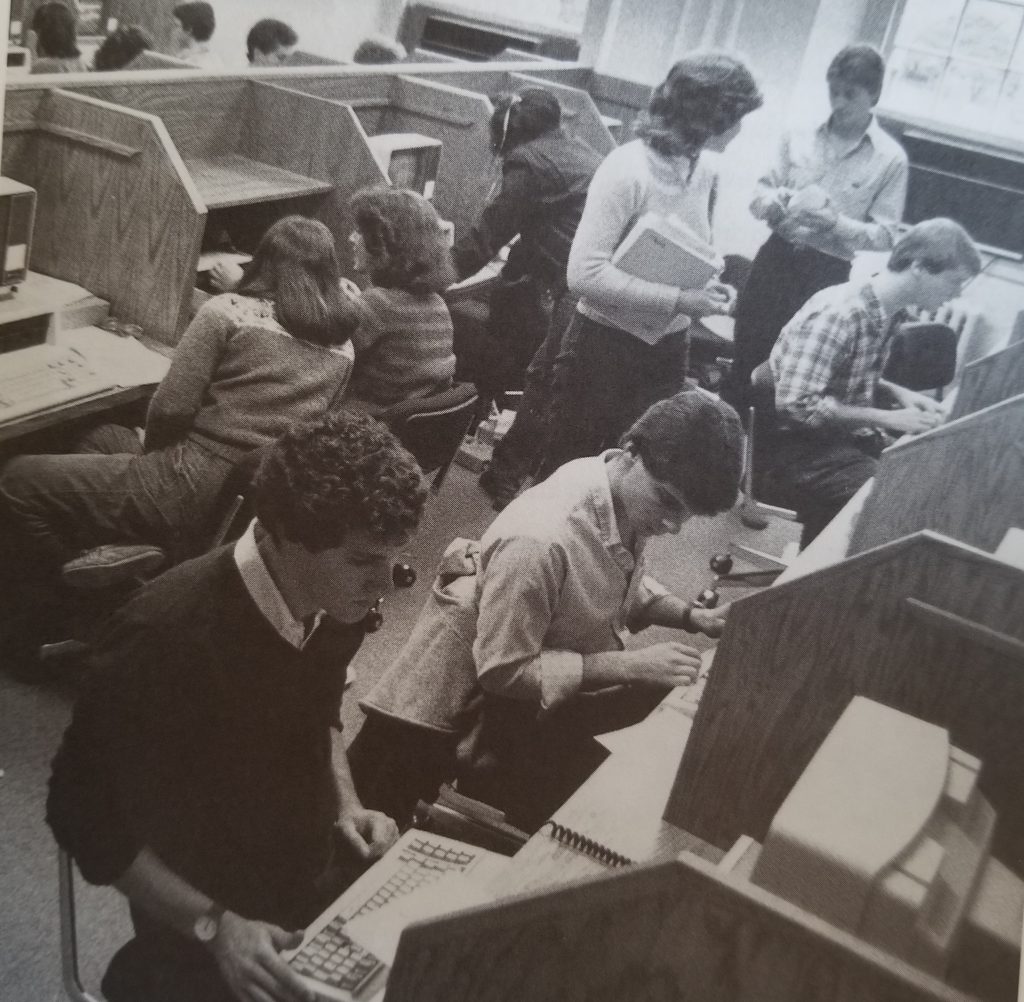 In the fall of 1981, a room was renovated in Monroe Hall to house 14 Apple microcomputers, financed with matching state and private funds and an $8,500 gift from Apple Computer. The computers arrived late in the fall semester, and some of the faculty were so eager for students to use them during the spring semester that they took them home over the holiday break to familiarize themselves with the new technology. McIntire’s “Apple Orchard,” as it was called, was the next step in the development of the School’s information technology platform.