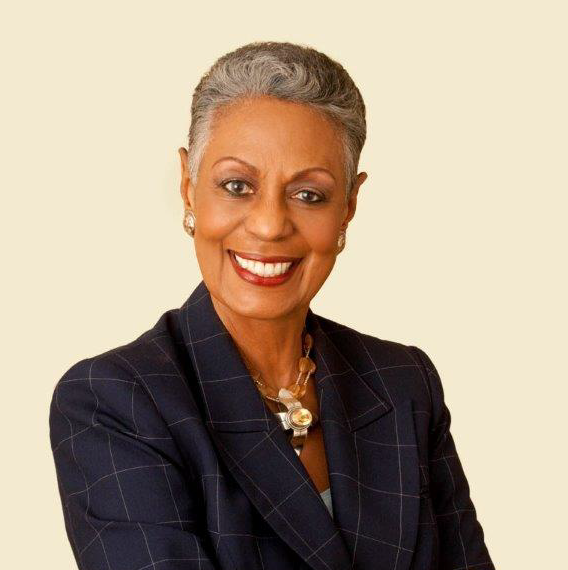 In 1992, Bonnie Guiton Hill became the third Dean of the McIntire School and the first Black academic Dean at the University. During her tenure, Hill continued efforts to increase the national visibility of the School, develop its international programs, and grow its financial resources.

Hill earned her bachelor’s in Psychology at Mills College in Oakland, CA; a master’s in Educational Psychology at California State University, Hayward; and her doctorate in Higher Education, Administration, and Policy Analysis at the University of California, Berkeley.

In addition to holding an administrative and faculty position at Mills College, Hill was a Vice President and General Manager of Kaiser Center Inc. and President of the Merritt Park Corporation, wholly owned subsidiaries of Kaiser Aluminum & Chemical Corporation. She served as Vice Chair of the Postal Rate Commission and Assistant Secretary at the U.S. Department of Education under President Ronald Reagan. For President George H. W. Bush, Hill served as Special Adviser for Consumer Affairs and Director of the U.S. Office of Consumer Affairs, where she was referred to as the “Privacy Czar,” advocating for consumer privacy and accuracy in credit reporting. Hill also led the U.S. Delegation to the Organization on Economic Cooperation & Development on Consumer Policy.

After leaving the administration, she served as President and CEO of the Earth Conservation Corps, before moving to California to serve in the cabinet of Gov. Peter Wilson.