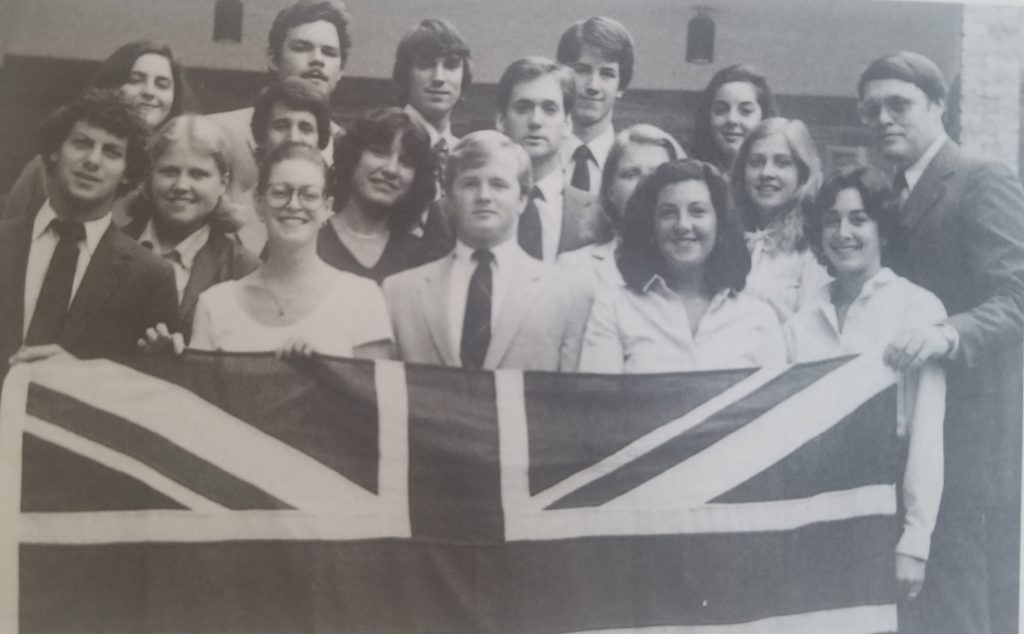 As businesses became global, business schools were confronted with how to provide students with a global business perspective. The initial strategy of the McIntire faculty was to offer some international courses and provide the faculty with international development opportunities so that they could redesign their courses to include such considerations. That approach was followed until 1994, when a new core course—Foundations of International Business—and an international concentration were offered.

The School began offering a course in International Marketing during the 1967-1968 academic session. In summer 1981, the School offered an International Finance and Banking course in London, developed by Finance Professor Larry Pettit. Students attended three days of classes in Charlottesville before departing for four weeks in London, where they met in seminars taught by executives from a number of different international financial institutions. Since the inaugural offerings, stops in several countries across the globe were added.