Bummer! You’re Not More Creative on Pot, Research Shows – You Just Think You Are

The longstanding popular conception that marijuana use makes people more creative has just gone up in smoke, at least according to one recent study.

A University of Virginia researcher and her colleagues who theorized that joviality induced by marijuana would increase creativity have found no positive effects. However, when the research participants assessed their work and the work of others while under the influence, the participants thought more highly. 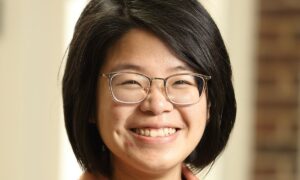 The paper was published this summer in the Journal of Applied Psychology. Heng and her co-authors, Business Professors Christopher M. Barnes of the University of Washington and Kai Chi Yam of the National University of Singapore, are now using the paper as a springboard to discuss the implications of marijuana use in the workplace. One such piece appeared in the Harvard Business Review on Monday.

The study, based on the survey responses of several hundred individuals in Washington State, looked at two groups of self-reported “light” marijuana users, defined as smoking one joint several times a week.

“Our first study involved participants generating as many creative ideas as possible for a brick, which is a task commonly used in creativity research,” Heng explained. “Our second study used a more work-related creativity task.”

For that one, participants were asked to imagine that they had been hired by a consulting firm to help a local band increase revenue. They needed to come up with as many creative ideas as possible.

But the researchers ultimately were looking for quality over quantity from the groups. The ideas needed to be both novel and useful to rank well.

Additionally, the researchers wanted to see how being high affected the respondents’ evaluations of other people’s ideas. So Group 2 was also asked to evaluate outside suggestions about a new piece of fitness equipment.

Across both studies, the researchers did not find any significant upticks in creativity related to pot euphoria – though no dips, either. “These findings were consistent across various creativity tasks, measures, and rater groups,” the research paper states.

Still, respondents thought they were being more creative, and they thought other people’s ideas were more creative as well.

Past research on pot and creativity has been a mixed bag – sometimes showing positive effects, sometimes hindrance, sometimes a wash.

Heng said research on creativity in general, however, seems to verify that positive emotion can boost creativity – which led the researchers to their initial prediction that a happy high would be a creative boon.

So what has pot got against creativity?

“We don’t know exactly why that is – and encourage future research on this – but suspect that it might have something to do with differences in joviality experiences fueled by cannabis versus other inducers, such as receiving good news or watching a happy movie,” she said.

In addition to context, motivation may also be a factor, the authors posited. The paper notes that when a person is happy, a general sense of satisfaction may dull the drive to refine an idea unless there is some other push.

Pot at Work: a Discussion

The conversation about pot becomes increasingly relevant, of course, as states continue to legalize the drug.

Heng is an expert in the psychology of the workplace, with an interest in how human concerns can be matched to align with office goals.

“Our findings suggest that using cannabis does not help or harm creativity, and so perhaps for employees whose work focuses on coming up with creative ideas, it would not be problematic to occasionally use cannabis,” she said. “However, for those involved in evaluating creative ideas, such as a project leader tasked with choosing the best idea for implementation, being sober might be especially important, as being high might make them more likely to overestimate the merits of an idea.”

Still, she said, more research is needed to fully understand the complex effects of cannabis use on various creative endeavors.

And she has no doubt that the debate about pot and creativity will blaze on.

Shakespeare and Picasso were apparently cannabis fans. Many modern creative artists – from Kacey Musgraves to Bill Maher – have not been shy about their fondness, either.

So have Heng and company received any pushback on their study?

“We have not received pushback so far, and we think that that is because we have been clear that we do not consider our findings to be the final word,” she said. “Rather, we believe that how cannabis use impacts work is still a very nascent and developing science.

“Creativity at work is probably much more complex than the simple creativity tasks we used in our studies. The effects of cannabis use on creativity are likely to be much more nuanced than what we have found at this stage of this growing program of research, but we nevertheless think it is useful to document the findings from our work.”