Kumar's Memorial Benches Initiative is impacting students and the families of honorees alike.

To change the lives of future students – that is the lofty goal of Commerce fourth-year student Sanjeev Kumar’s project to install memorial benches around Grounds dedicated to groundbreaking faculty, staff, and students.

“What I didn’t realize is how it might impact the families of the honorees,” he said.

Kumar, who was one of three recipients this spring of John T. Casteen III Diversity, Equity, Inclusion Leadership Awards, recently attended the first of seven dedications to celebrate the reality of his dream, the Memorial Benches Initiative. 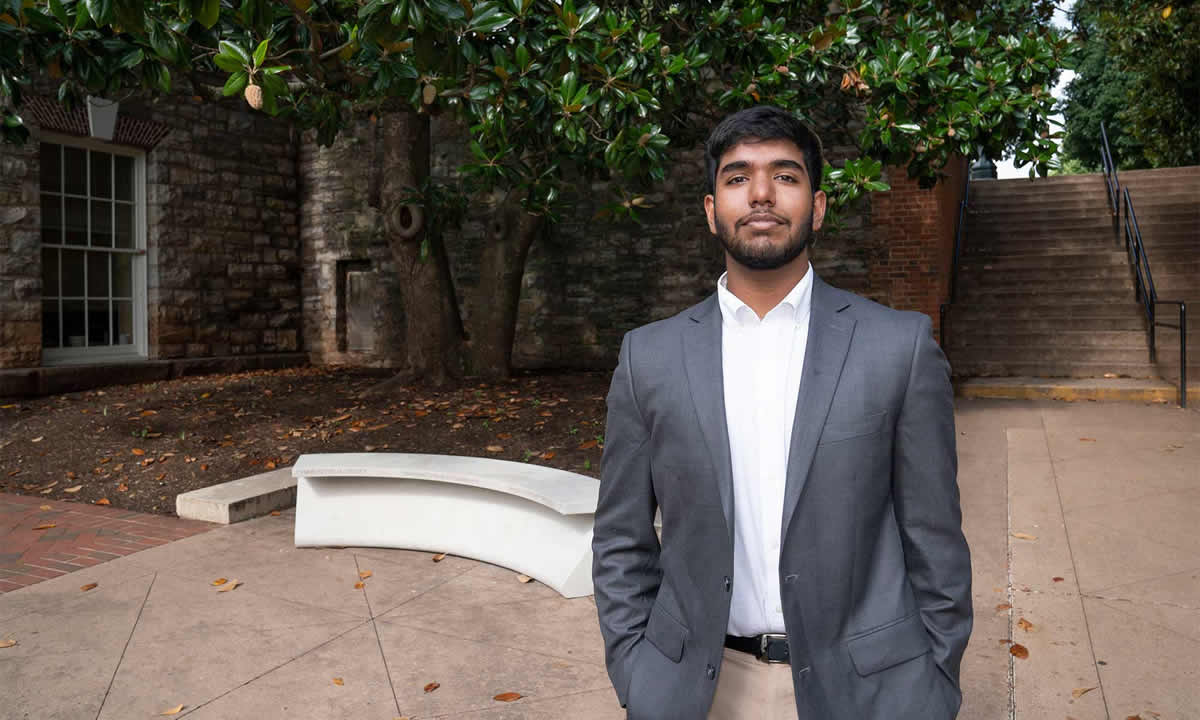 Kumar’s project has installed memorial benches around Grounds, including this one outside Robertson Hall dedicated to Charlotte Scott, a Professor of Commerce and Education.

The smooth, concrete benches, which bear names of individuals and one group, reside in niches at most of the earliest schools that make up UVA, including the College at Wise.

A Sept. 2 dedication honored Charlotte H. Scott, the first African American woman hired as a tenured professor at UVA. Scott, who died in 2010, was a Professor of Commerce and Education from 1976 to 1998 and a Senior Fellow at the Darden Business School’s Tayloe Murphy Center. Her bench is located near the northwest entrance to Robertson Hall, behind the Lawn.

The other honorees who will be celebrated in the future include: 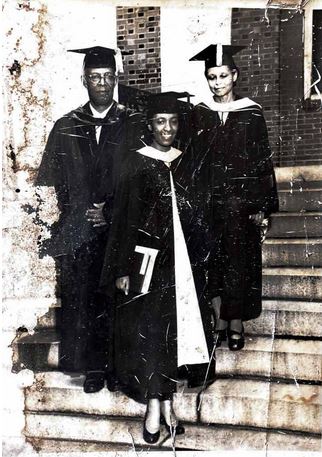 Louise Stokes Hunter, on the right at her daughter Jean’s graduation from Virginia State University, taught there for many years after earning a doctorate in education from UVA in 1953. (Contributed photo)