New research by McIntire Professor Sheisha Kulkarni and co-authors Gonzalo Iberti and Santiago Truffa, featured on World Bank's "All about Finance" blog, suggests that one-size financial regulation does not seem to fit all borrowers. 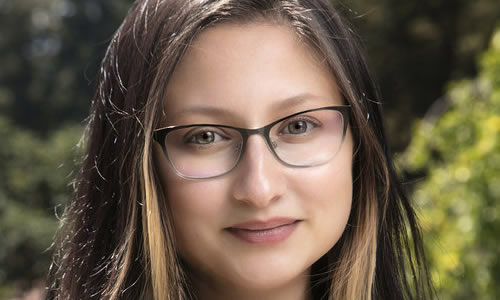 At least 85% of Americans have encountered an unexpected or hidden fee over the past two years, and two-thirds of them say they are paying more now in surprise charges than they were five years ago.[1] For financial contracts, prospective borrowers may not be able to, or choose not to, avoid extra fees by carefully reading the fine print on financial contracts. This situation is risky: For instance, a borrower might unknowingly purchase unnecessary insurance and then lack sufficient funds to make a loan payment.

Governments have historically used two types of regulation to reduce lenders’ ability to hide unexpected fees in the fine print. One strategy is to standardize contracts, eliminating features that are disadvantageous to consumers. An example in the United States is the Durbin Amendment’s elimination of transaction reordering to reduce overdraft fee charges to consumers. The second strategy focuses on increased disclosure. Regulations such as the Truth in Lending Act and the Securities Exchange Commission’s disclosure rules assume that consumers can make better decisions so long as they can easily access the relevant information. In our new paper, we ask two questions: Do standardization and increased disclosure lead to fewer loan defaults? If so, does one size fit all or are different regulations helpful for different consumers?

Figure 1: Example of a standardized loan contract (there is no fine print, but lenders can charge different interest rates) and a disclosure contract where there is fine print, but important features are made salient (e.g., highlighted in blue text at the beginning of the contract in this example).

We posit that if a borrower is surprised by unexpected fees after signing a contract, the borrower is more likely to default on the monthly payments. If the borrower is aware of the total monthly cost, they can choose not to take out a loan, take out a loan with a better ability to budget for monthly costs, or search for a loan from a less expensive provider. We believe that both policy strategies can help borrowers avoid default, but they may be more effective for different borrowers. In particular, borrowers with high “costs” of studying will benefit from standardized contracts. These contracts can reduce unexpected fees without the borrower having to review carefully or even understand complex financial terminology. In contrast, disclosure regulations make salient important elements of the financial contract, which help borrowers who are already fairly financially sophisticated (“low study cost”). Those borrowers may not want to read the fine print, but they would understand it if they did.

To estimate the effects of the different regulations, we compare borrowers just above and below the regulatory loan cutoff. In Chile, consumer loans and transactions are conducted in one currency—Chilean pesos—while the regulation applies at a cutoff in a second, inflation-adjusted currency—Unidad de Fomentos (UF). As consumers are likely to target their loan amount in pesos, they are unlikely to manipulate their loan amount in UF to be above or below the cutoff based on the daily exchange rate between the two currencies. Because of this dual-currency system, prospective borrowers near the cutoff would be randomly assigned to seeing Universal Credit contracts when they took out a loan, and borrowers above the cutoff would not be provided the contracts as a loan option.

Figure 2: Comparing borrowers’ default rates on either side of the cutoff in the pre-period (left), standardization and disclosure period (center), and when disclosure is applied to all loans (right). Borrowers to the left of the red lines see the Universal Credit contract, and borrowers to the right do not. There is little difference in default rates in the pre-period and the period when disclosure is applied to all loans, but there is a large and significant difference when Universal Credit contracts are introduced.

When we compare the dynamics of borrower credit characteristics (income, credit score, and so forth), they do not move in patterns that suggest that people chose to forego taking out loans. Rather, the comparison suggests that borrowers (even those with worse credit metrics) were able to default less often because they were more aware of their monthly payments. We test if prospective borrowers were more likely to use the regulations to get better initial loan terms by comparing the interest rate on the borrower’s loan with that of the lowest rate they could have plausibly gotten. We find that more educated borrowers improved their initial interest rates by 2 percentage points with the introduction of the Universal Credit contracts, and they doubly improved their rates when disclosure regulations were widely introduced. In contrast, less educated borrowers experienced more dispersion in their interest rates in response to both regulatory interventions. These results suggest that more sophisticated borrowers used these regulations to bargain or search for better initial loan terms, while less sophisticated borrowers did not.

Our results suggest that one-size financial regulation does not seem to fit all borrowers, particularly if that regulation is limited to disclosure. While disclosure regulation is most effective at curbing delinquency and obtaining better rates for the financially sophisticated, these borrowers are not usually who regulators target when considering policy interventions. For less financially sophisticated borrowers, regulations that restrict disadvantageous loan features by standardizing contracts reduce delinquency but do not seem to improve prices or price dispersion for these borrowers.

This article was first published on World Bank’s “All about Finance” Blog Jan. 24, 2022.