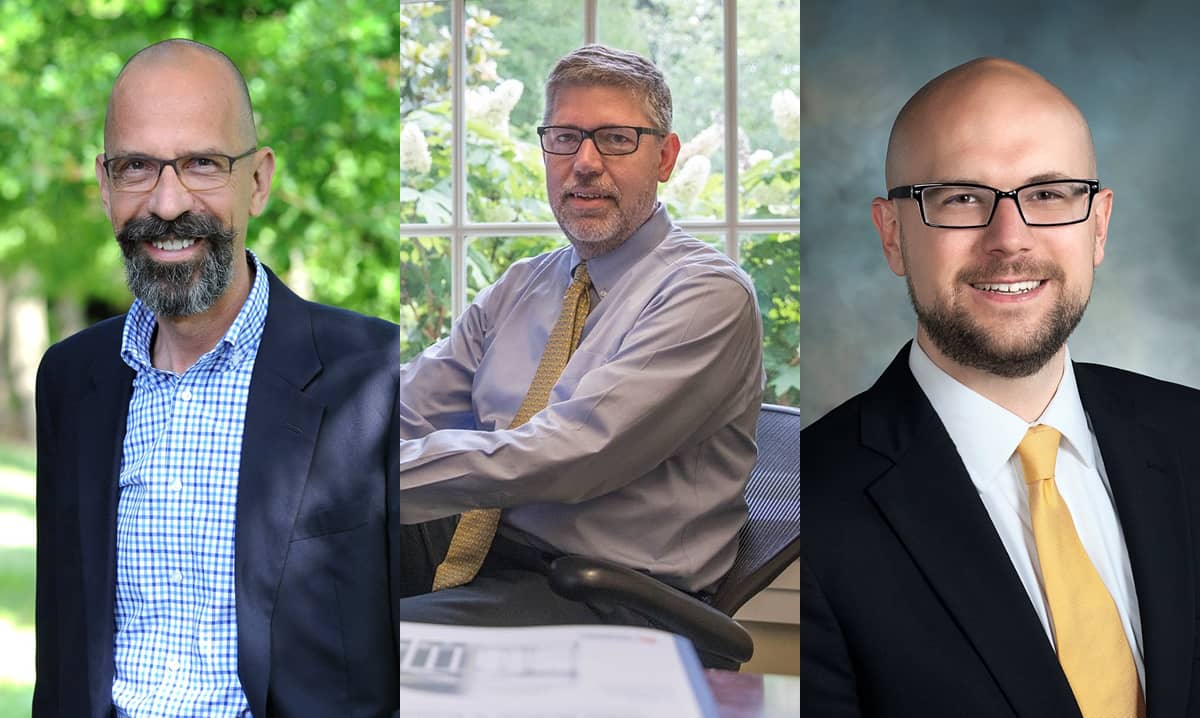 Professors Brent Kitchens, Steven L. Johnson, and Peter Gray have been selected as Distinguished Winners of the 2021 Award for Responsible Research in Management for their publication in the December 2020 issue of MIS Quarterly, “Understanding Echo Chambers and Filter Bubbles: The Impact of Social Media on Diversification and Partisan Shifts in News Consumption.”

Co-sponsored by Fellows of the Academy of Management and the Community for Responsible Research in Business and Management, the award honors their paper and “pays tribute to high-quality scientific research that addresses critical issues in business and society,” the academy says, noting that the advancement of responsible research by business schools contributes “credible knowledge that transforms into business a force for good and makes the world a better place for us all.”

The three were given top honors after a rigorous two-stage review process by Fellows of the Academy of Management and practicing executive judges.

Their timely and important research examined social media news consumption and the algorithms directing users toward content promoting more extreme views. The professors also employed their findings as the basis for an op-ed piece published by The Washington Post in November 2020, which was then referenced in media outlets across the world, ranging from CBS News, The New York Times, The Guardian, and USA Today to Wired, Vox, and NPR.

“When we first started this research, we knew that we wanted to work on a problem that had real societal implications,” says Gray. “We had seen the polarization that was happening in social media and in other aspects of civic life, and we realized that we had a set of complementary skills that could push thinking ahead on echo chambers and filter bubbles, and at the same time show what was actually going on in these places. We had no idea that our research would be picked up more broadly by the media, or that we would be nominated for this award.”

Kitchens was honored and humbled by the selection and what it represents.

“To me, it signifies the recognition that the way we consume and share information online has huge societal impacts that need to be understood. I’m grateful that we had the support from McIntire and partners with data that allowed us to say something that has already had such an influence on the public conversation about these issues, and has the potential to inform future research that can continue to move us towards better social platforms.”

Similarly appreciative, Johnson was also gratified that their work was recognized from among a group of publications that accounted for a five-year period, spanning 2016 to 2020. He was also thankful for the review process that was partially responsible for their award-winning paper.

“For all the horror stories academics share about peer reviews, this is an example of a process that worked really well,” he says. “We were fortunate to receive consistently constructive feedback that helped the paper get better with every revision. We want to particularly thank the accepting senior editor for this paper, Shaila Miranda (The University of Oklahoma); the associate editor, Ofir Turel (Cal State Fullerton); and the anonymous reviewers—their guidance was integral to the development of our work.”

Looking toward the future, Johnson explains that the group remains interested in exploring technology’s ability to shape the news and affect the information that people read. For their next research project, the trio plans to study social media’s ability to impact the quality of health-related content that users choose to consume.