McIntire is leading the way at both the graduate and undergraduate levels in preparing product managers. 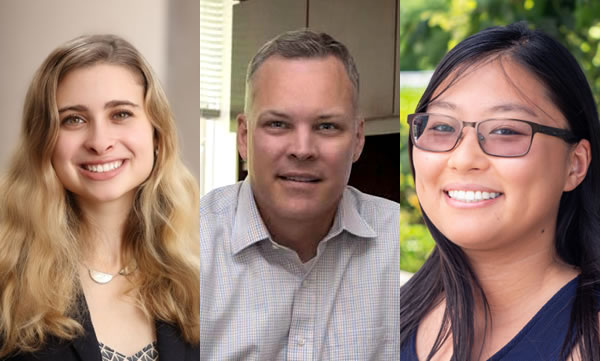 By Ryan Wright, C. Coleman McGehee Professor of Commerce and Associate Director of the Center for the Management of Information Technology

UVA McIntire’s M.S. in the Management of IT (M.S. in MIT) Program is consistently evolving to meet the needs of the rapidly changing business environment. One significant curriculum change concerns the program’s Module 2 (Mod 2), which kicked off this week. Traditionally, this module highlights important project management skills and knowledge that include best practices, change management, and budgeting. While these topics continue to be important to IT leaders and remain core skills in the module, new techniques and increased focus on product management (PM) have been incorporated.

It’s clear that PM roles are on the rise, as more and more companies change from a project to a product mindset. Here at McIntire, we are seeing not only our M.S. in MIT students take on PM roles, but also our undergraduate students, who are successfully accepting PM jobs at some of the biggest and best-known companies. We now have graduates in PM positions at technology companies like Amazon, Microsoft, and Google, as well as companies that operate in other industries such as Goldman Sachs, Deloitte, and Capital One.

What exactly is a product manager?

The PM position can be very different depending on the organization. Fourth-year Commerce student Eryn Cohen (McIntire ’21) and I set out to conduct a series of interviews with working alumni product managers to tell their stories. These interviews have revealed four important roles that product managers play, regardless of their organizations:

So how do you become a product manager? Cohen sat down with Capital One Product Manager Jen Zhao (M.S. in MIT ’19) to talk about the career. Zhao detailed her unique journey to the banking company from her position as a trained scientist working at the Smithsonian, and shared the insights she’s gained along the way.

Zhao graduated from Princeton in 2016, having majored in Ecology and Evolutionary Biology. Shortly after, she took a position at the Smithsonian, where she managed a software product that collects and displays wildlife image data. Navigating the product management role for the first time, she faced two significant challenges: 1) She found that her product development process was disorganized, and 2) she struggled to define a clear direction for the product.

In 2018, Zhao enrolled in McIntire’s M.S. in MIT Program. As one of the youngest students in the program, she was afraid she was at a disadvantage compared with the other students, who had, on average, 12 years of work experience. She was constantly asking herself, “What can I contribute? How can I give back?” To her surprise, she found that her recent experience provided meaningful anecdotes, as they represented common problems that product managers face. In the classroom environment, Zhao says she learned a great deal by simply listening to the diverse experiences of others. Although originally intending to return to the Smithsonian, the M.S. in MIT Program inspired her to switch career paths. Drawn to the supportive culture and collaborative processes at Capital One, she knew that her McIntire education had expertly prepared her for success as a product manager.

In her current role as a product manager, one of the challenges Zhao faces concerns the question of working with people across multiple lines of business. She finds herself asking the same question she did at McIntire: “What can I contribute?” She realized that an important contribution she can make is just listening to others. “Product is not centralized,” she says. “People have a lot of different ideas about what ‘product’ means. And at the end of the day, you want to make sure as many people can get what they want. Internal user empathy is important.”

Having learned that being able to communicate with people is also about speaking their language, Zhao has cultivated a functional understanding of many coding languages (including JavaScript, JSON, and R). She explains, “I often find myself talking in pseudo code. While I don’t actually write code on the job, it’s important to understand why things are happening when communicating with engineers and developers.” Speaking the language also includes understanding database management, as being able to interpret data models, architectures, and database languages like SQL is key. Having a background in applying these skills has given her the confidence to put her thoughts to paper and easily draw up her visions.

Overall, product management is an entirely different way of innovating. It depends on the agile approach, a continuous loop of trying, testing, and collecting feedback.

Zhao says, “When I joined Capital One, I felt like I had a head start because I understood what everything meant in theory. My McIntire background helped me adjust well to the role.”

Zhao’s success illustrates that you don’t have to have a specific major or follow a prescribed path to be a product manager. To best prepare for the role, it’s important to become familiar with the agile way of thinking, refine your organizational abilities, be able to lead a team in a clear direction, and communicate effectively on multiple levels. Learn more about how McIntire is leading the way at the graduate and undergraduate levels in preparing product managers at our website here and here.