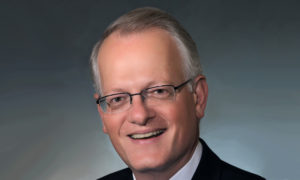 The financial statistics company Calcbench analyzed 423 American companies and found that in the fourth quarter of 2014, U.S. investment levels had risen by 15 percent, to $166 billion—the highest level in five years. With the apparent recovery of the American economy, can we say that a new wave of U.S. investment is on the way? If so, which industries are likely to be most active in such investment?
Investment by U.S. companies in fixed assets and research indeed increased substantially in the fourth quarter of 2014. However, it is important to recognize that much of this reported increase was directed at business outside the United States, with internal investment increasing at a lower rate of about 5 percent. Overall, investment seems to be broadly distributed across economic sectors, with the notable exception of energy exploration, recovery, production, and related services. Given the current outlook on oil prices, we expect that trend to continue in 2015.

Our sense is that the corporate sector is cautiously optimistic with regard to future U.S. economic growth, with investment patterns broadly indicative of three main trends. First, we believe that much of the recent investment reflects “catch-up” from relative underinvestment in prior years. We see this especially in businesses that are real estate-intensive, for example, in the hotel and resort sectors, and in housing. Second, companies are continuing to invest in technologies and processes that will increase productivity, whether by enhancing efficiency, making greater use of automation, or reconfiguring global supply chains. Finally, many companies are investing to capture new revenue opportunities, often internationally but also domestically, as consumer preferences and technology drive evolving consumption patterns. For example, Dollar Tree, a U.S. budget retailer, recently announced that it expects to increase capital expenditures by nearly 50 percent this year as it seeks to increase capacity and expand product offerings for its rapidly expanding U.S. consumer base.

How would you characterize the foreign direct investment (FDI) in which American companies are currently engaged? More generally, do you think American companies are more interested in investing in local industries, which seem to be experiencing a period of recovery?
It is, of course, true that at the present time, the economy in the United States appears to be relatively healthy, and we can anticipate that this will lead to many opportunities for investment. Therefore, we expect that in 2015 U.S. companies will direct a significant portion of their investment budgets to domestic opportunities. However, over the longer term, it seems likely that U.S. outbound FDI will remain strong, for three key reasons. First, it is undeniable that international markets outside the United States—emerging markets in particular—offer superior economic growth prospects over the medium to long term, and U.S. companies will no doubt continue to focus on seizing those opportunities. Second, profitability of the U.S. corporate sector is at an all-time high, with much of that profitability—as much as $2 trillion by some estimates—held outside the United States, providing international investment capacity. And finally, the strong U.S. dollar effectively lowers the cost of international investment, which we believe will also contribute to sustainable FDI from the United States over the foreseeable future.

As labor costs in China rise, some American companies have moved their Asian manufacturing bases from China to other Asian countries. Will more companies follow this trend? Some commentators have even speculated that American companies may increasingly start bringing their manufacturing back to the United States—a pre-globalization model of manufacturing and selling locally. What might be the reasons to take such actions?
It is certainly true that many U.S. companies have relocated portions of their manufacturing or sourcing away from China, and some of these companies have even moved components of their supply chains back to the United States—a phenomenon we call “re-shoring.” However, we think it would be a mistake to conclude that there is a structural shift in U.S. investment away from China. Instead, we believe there are three fundamental forces driving a broader reallocation of resources across the global economy.

First, there is no doubt that several important countries are opening up and offering increasingly attractive opportunities for global manufacturers. India, Indonesia, Vietnam, and even portions of Africa are all examples of this trend. As a result, it seems likely that China will have greater competition in the future, especially given recent Chinese wage inflation, which impacts the all-in cost of manufacturing. For this reason, we can anticipate that some manufacturing-oriented investment will continue to move away from China and towards countries that offer lower costs combined with comparable quality.

Second, we must also bear in mind that the Chinese economy itself is rapidly evolving from its traditional focus on investment and manufacturing to one focused on services and internal consumption. Increasingly, we believe that China will offer to U.S. and other global companies many exciting opportunities as the world’s largest and most rapidly growing domestic market. In response to this trend, we believe that U.S. investment in China will remain strong, and, in fact, will increase over time, but will be gradually reallocated into sectors that respond to the growing consumer trend in China.

Finally, it is important to consider the impact that the “resource revolution” in the United States may have on global manufacturing. If present trends continue, it is possible that North America could be energy-independent within the next five to six years, which is likely to mean sustained lower energy costs and a notable cost advantage in liquefied natural gas (LNG)-based energy in particular. At the margin, we believe this could drive certain components of global supply chains, especially those that are more energy-intensive, back to the United States and NAFTA region. Not only would this lower input costs for affected companies, but would also place them closer to what is likely to remain the world’s largest consumer market.

We have witnessed a dramatic drop in the price of oil, and many energy companies have cut their expenditures. Is the shock resulting from the fall in oil prices proving more pronounced than originally anticipated? Can the related industries withstand a sustained drop in the price of oil?
You are absolutely correct to suggest that the large drop in the global price of oil—roughly 50 percent in little more than six months—is one of the most significant shifts in the global economy in recent years. However, our sense is that corporations and investors alike are still working through their assessments of both causes and the multiple implications. We believe it will take more time to fully understand the many supply and demand drivers of this phenomenon, and the attendant consequences, which, after all, are extremely complex given the global nature of both the supply and demand for oil. At this early stage, however, a few initial observations can be offered.

First, it is clear that early impacts are already being felt, with net importers such as the United States and China enjoying significantly lower costs for both manufacturers and consumers. However, it is not yet clear how consumers are responding to the lower cost of energy, and whether this will lead to greater consumption of other goods, increased savings, or some combination. On the other hand, net exporters—especially Venezuela, Russia, and the African exporters—are feeling significant negative stresses, and it seems reasonable to be concerned about the risk of political instability in those countries that are least able to cope. Although we don’t believe this will occur, we must also be mindful of the risk that lower oil prices could contribute to instability in the Middle East specifically, which could have a reverberating and sudden upward impact on prices.

Second, we must also recognize that the oil price decline appears to be already contributing to lower rates of inflation, or even deflation in certain economies. This, of course, runs counter to the economic objectives of certain regions within the global economy, notably Japan and the European Union. The implications of the lower oil price for monetary policy are not yet fully understood, but we can expect that this will likely place downward pressure on interest rates, as we saw this past week in China and India, as well as a bias towards greater and more sustained levels of quantitative easing in Japan and Europe.

Finally, perhaps the most interesting and important question over time will be to assess the impact on the relatively high-cost energy producers in North America. While many analysts are already forecasting that lower oil prices will inevitably translate into reduced marginal North American production, we believe the situation is more complex. Given the long lead times and large capital investment associated with both exploration and drilling, producers may be incentivized to maintain production while aggressively pursuing increases in extraction productivity. While only time will tell, we believe it is too early to conclude that the recent oil price decline will lead to a sustained downturn in U.S. energy production.

The strength of the dollar seems to be emerging as a long-term trend. Will this prove even more influential to the American economy than the price of oil? Indeed, the rise of the dollar makes the effect of low oil prices even more significant. Will U.S. exports face more risk in the future?
Again, we agree with your assessment that the recent rise in the value of the U.S. dollar is likely to be sustained for some time to come, and may even continue its upward trajectory. You are also correct to suggest that this may have a mitigating impact on U.S. exports. As well, it can also be expected to negatively impact both revenues and earnings of companies reporting in U.S. dollars. Indeed, we are beginning to see both of these impacts in recent U.S. trade data as well as corporate reports. Despite these headwinds, however, we anticipate a continued strong dollar for three main reasons.

First, U.S. monetary policy appears set to diverge notably from policies of other major world economies, with the Federal Reserve likely to begin increasing U.S. dollar interest rates within the next several months. Foreign exchange markets are already anticipating this shift in policy. For example, on Friday, markets reacted sharply to strong U.S. employment data, sending the euro to 1.08 and the yen below 120. If the United States acts alone in raising rates this year—as seems likely—we can expect that the U.S. dollar will continue its upward trend.

Second, we also see the continued concerns in Europe as contributing to a strong dollar thesis. While the recent issues in Greece appear to have calmed down at least for the moment, it seems undeniable that the European Union will continue to face significant issues, not only structurally and monetarily but also politically. We are keeping a careful eye not only on the evolving situation in Greece but also on the political environments in both the UK and Spain in particular, ahead of elections in both those countries later this year.

Finally, we believe that for the foreseeable future, U.S. dollar capital markets—and the U.S. Treasury market in particular—will remain by far the largest and most liquid in the world, providing to investors both the safety and availability they require and to issuers the stable currency they need to operate in the global economy. Over time, we anticipate that Chinese capital markets will increasingly liberalize, and we are, in fact, quite encouraged by the early actions of the Xi administration in this regard. However, we fully understand that this liberalization will take time, and must be viewed in the context of the many other opportunities and challenges facing China in the short to medium term. In this sense, we can expect that the U.S. dollar will remain central to the global economy, and thus well-supported in foreign exchange markets.