A recent paper by Finance Professor Mike Gallmeyer and his co-authors suggests an interesting answer to whether accommodative monetary policy results in growth. 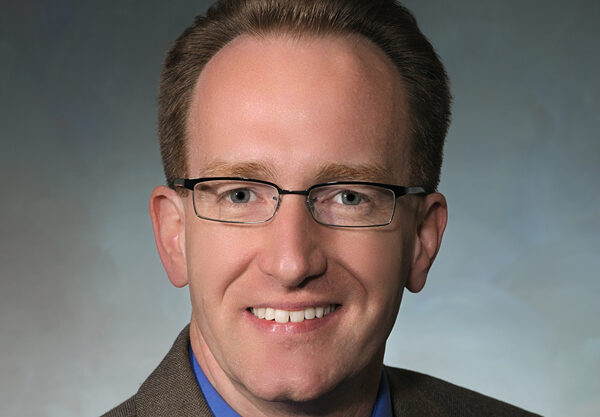 Economics 101: Accommodative monetary policy will lead to economic growth and, with it, robust returns on equities. But since the Global Financial Crisis, there seems to have been a breakdown in this logic. The Fed has held U.S. interest rates at historically low levels, yet despite that, U.S. growth has remained stubbornly anemic, but not equity returns. Since the beginning of 2009, U.S. stocks have grown five times their value, delivering an average annual return of nearly 17%. This has prompted many to ask whether monetary policy is indeed predictive of stock returns.

This question is all the more relevant today as we watch the economic consequences of COVID-19 unfold. U.S. GDP contracted by 5% in the first quarter, and many expect that it will contract by as much as 30% in the second quarter. The Fed quickly returned to the highly accommodative monetary policy and robust liquidity support to markets that marked the response to the Global Financial Crisis. That, along with fiscal support, has many suggesting that U.S. growth will return later this year and beyond. U.S. equity markets, which fell by 20% in March, seem to be reflecting this view by having recovered half of its losses in about a month. But will accommodative monetary policy result in growth? And even if it doesn’t, does it suggest another period of robust equity returns?

A paper by McIntire Finance Professor Mike Gallmeyer and his co-authors, titled “Credit Conditions and Stock Return Predictability,” suggests an interesting answer to these questions. Building on the work of economists like Ben Bernanke and many others, they find that changes in bank lending standards, not monetary policy, are much better predictors of near-term stock returns. And they show how it works: The more accommodative the lending practices of banks, the more company cash flows grow. And company cash flow is the name of the game in how the market values equities. If banks today are reluctant to loan money (regardless of the low interest rates), it is unlikely that equity returns will be strong, even if the U.S. returns to some level of growth.

Starting with Milton Friedman in the 1970s, monetary policy theorists argued that by changing interest rate levels in an economy, the central bank can largely regulate economic growth. It made intuitive sense: If you lower the prevailing rates, it’s cheaper for consumers to borrow and to spend, and it’s cheaper for companies to borrow and to grow. The same should be true in reverse. If an economy is growing too fast, giving rise to inflation, the central bank’s raising prevailing rates will “cool” the economy down by reducing borrowing. Later economists like Bernanke and others called this mechanism the “credit channel” of monetary policy.

In the intervening years, many of those same economists refined their understanding of the credit channel. They found that the story was slightly more complicated. It wasn’t just that borrowing was cheaper (and so low rates increased demand), but depended more on how willing banks were to lend. In other words, the supply of credit seemed to be more important to economic growth than the relative level of interest rates. If, say, banks changed their views of how strong company balance sheets were and decided to restrict lending, it seemed much more likely that economic activity would slow notwithstanding low rates. Supply of credit, in other words, is the key to predicting economic growth.

And expected economic growth should be key in determining stock returns. If an economy is growing, companies are expected to earn more and their stock should be worth more. Many economists found that proxies for economic growth, like short-term interest rates, the shape of the yield curve (i.e., the difference between short- and long-term interest rates), and the output gap (how much “slack” there is in the economy) could be used to predict future stock returns. But anyone looking at the recent history after the Global Financial Crisis would be hard-pressed to explain 17% annual returns on stock purely in terms of economic growth.

Gallmeyer and his co-authors sought an explanation by turning to a body of research looking at the connection between lending standards and economic growth. These studies use the Federal Reserve’s Senior Loan Officer Opinion Survey to gauge banks’ willingness to lend. Each quarter, the Federal Reserve asks banks to describe whether they are easing, maintaining, or tightening credit standards. It asks banks to give its response for several different kinds of lending (loans to non-financial companies, households, etc.) as well as to break down their response according to the size of the companies of they lend to. It also asks banks to describe whether demand for loans had increased, was stable, or had decreased. And the Fed reports this data for banks of all different sizes. Overall, these studies found a strong connection between bank lending standards and economic growth: indeed, one that dominated the role of interest rates.

Gallmeyer’s paper has some interesting implications. First, it would seem that equity market returns in the next year or so will have more to do with whether banks are willing to lend than whether the Fed keeps rates quite low or GDP growth remains stubbornly low. Second, their paper suggests that much of the equity returns in the last decade were the result of companies becoming more levered. And third, it suggests that the same feature that explains equity returns over the last decade might also offer some insights into equity returns in the next decade. If banks are not as willing to lend after the COVID-19 closures as they were before (because, for example, companies are pretty levered), then equity returns might not be robust even if the economy begins to grow again.