They will compete in Chicago for the national title in June. 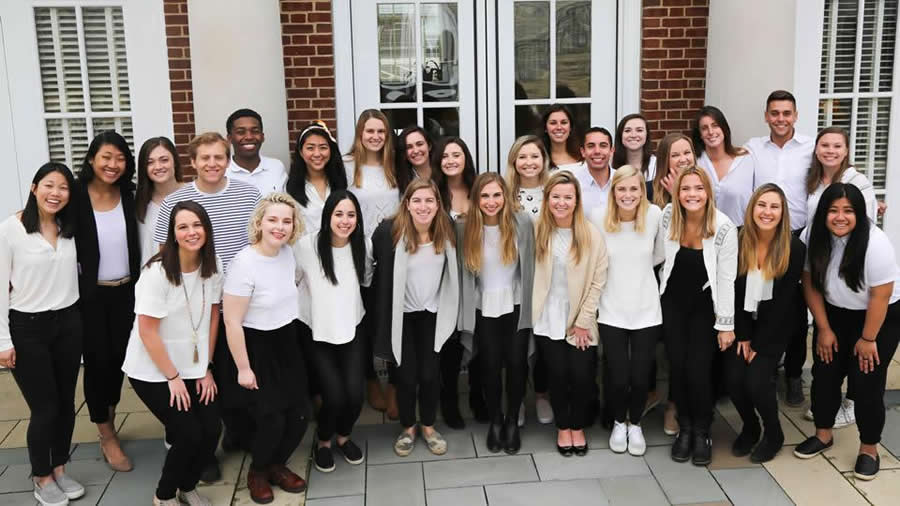 Students in McIntire’s “Promotions” class, under the guidance of Marketing Professor Carrie Heilman, have earned one of eight national finalist spots in AAF’s National Student Advertising Competition, after successfully competing against 18 other teams at the semifinal level May 2-3, 2018. They will compete in Chicago for the national title in June.

NSAC is “the premier college advertising competition in the nation,” providing more than 2,000 students the real-world experience of creating a strategic advertising/marketing/media campaign for a corporate client, according to the AAF.

The 2018 competition requires AAF college chapter members to develop an integrated marketing campaign and presentation in response to a case study co-authored by AAF and this year’s NSAC sponsor, Ocean Spray.

Hoping to repeat 2016’s first-place finish at the national level, the McIntire team will compete in the AAF semifinals May 2-3, 2018. After semifinals, the top eight teams will pitch their campaign in front of client judges, vying for the national title, during the AAF’s national conference June 7-9, 2018, in Chicago.

Learn more about the NSAC.