What’s Your Favorite Ad of All Time? McIntire, Darden Professors Share Theirs

A recent viral Twitter thread got UVA Today thinking: Which ads have impressed those who teach marketing at a couple of the nation’s finest business schools?

Tapping into the creative minds at the University of Virginia’s McIntire School of Commerce and the Darden School of Business, UVA Today recently surveyed a sampling of professors to put their spin on an entertaining Twitter thread that went viral earlier this month.

Entrepreneur guru Matt Gray on Oct. 9 tweeted to his 110,000 followers a listing of his top 10 marketing ads of all time. The post naturally received a ton of engagement.

It got us thinking: Which ads have impressed some of UVA’s marketing and branding experts?

See below for a few responses.

“I was taught to react first as a consumer,” Whitler said. “From a consumer perspective, I love how this ad makes me feel – it personifies pure joy. I dare you to watch this ad and not feel a little bit lighter, a little bit happier.

“From a strategic perspective, this is an ‘ode’ to Coke. The instruments are largely Coke bottles. The musicians visualize pure, unadulterated joy – which is a core part of the Coke brand essence.

“The essence of this video is ‘joy,’ and that has historically been a central part of the Coke brand. I love this ad and regularly use it in class when I talk about branding. Coke is sugar water, yet, the brand stands for joy. That is the power of branding.”

“This is an excellent example of how to enter a category with a near-monopoly market leader and effectively attack the position,” Whitler said. “Many of my students have expressed concerns about tech tracking. The DuckDuckGo ad artfully and explicitly addresses this problem and solves it. Better yet, they set up the goliath Google as the ‘creepy’ stalker.

“The strategy is stellar for an insurgent, and the execution is quite compelling. Not only does it establish the problem, it demonstrates all of the benefits of using DuckDuckGo. I would love to see the number of new users since they started airing the ad. I’m guessing it is one of the most effective ads at changing behavior this year.”

“This aired on the Super Bowl almost 20 years ago – and stars two of UVA’s favorite sons,” Burroughs said. “It’s not only extremely funny, but actually cleverly makes the point for the value of the product.

“Of course, nobody of the current generation probably remembers what a pain it was to write a manual check anymore, but once upon a time, it was a major hassle everyone could relate to.” 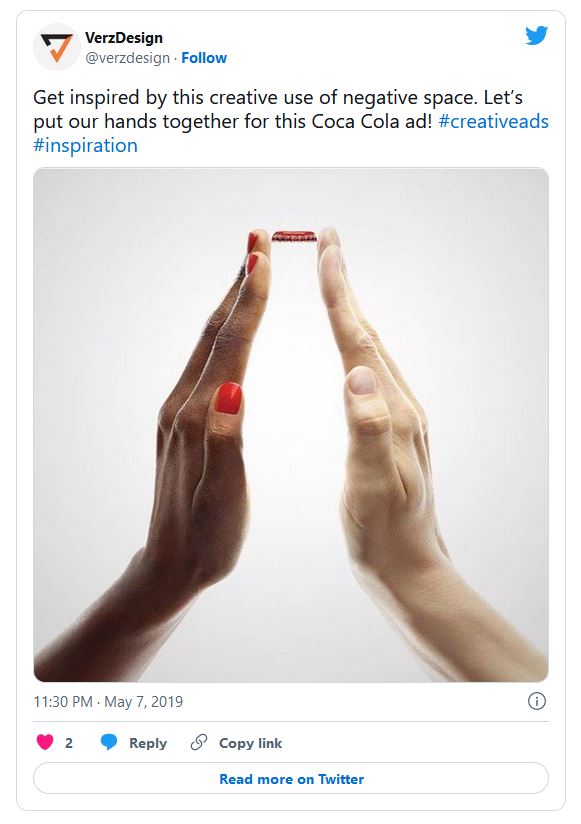 “Love this ad because it shows how powerful the Coke brand is,” Cian said. “It does not need to put a copy, or a brand, or really anything else. Just from the shape (and the color) of the two hands you know what they are talking about. And they also were able to convey a sense of friendship and inclusiveness in a very subtle but powerful way – and this sense of friendship and inclusiveness is then associated to the Coke brand.”

Another Favorite Ad: “Integration as a daily gesture” 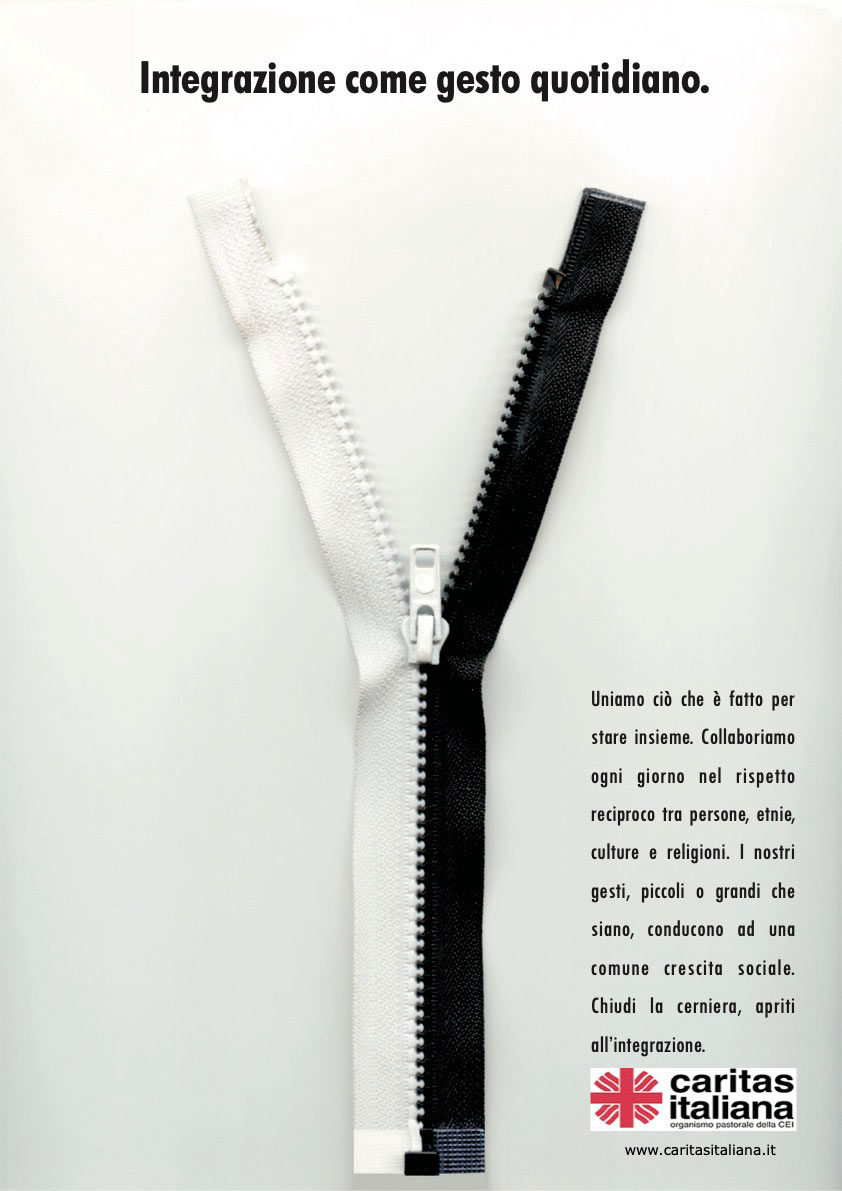 “This is an ad that I created with two other friends of mine in college for a European student ad competition called ‘School Spot Award,’” Cian said. “It was 20 years ago. The brief we had was to help an Italian charitable organization called Caritas to promote social integration.

“The ad headline translates to ‘Integration as a daily gesture.’ The copy translates to ‘Let’s join what is made to be together. Let’s collaborate every day in a reciprocal respect of people, races, cultures, and religions. All our little daily actions lead to a common social growth. Close the zipper; open yourself to integration.’

“We won the competition, and we flew to the Cannes Lions International Festival of Creativity, one of the most important events in advertising. Is this one of the best ads ever created? No. But you asked for my favorite ones, and this has a special place in my heart.”

“The Budweiser commercial featuring a young Clydesdale is one of my favorites,” Fraser said, “It evokes a warm, feel-good feeling, and everyone loves the Clydesdales. I doubt that it sold much beer – but IF I wanted that type of beer, I’d be more likely to choose Budweiser.”

“This advertisement excited me and made me feel very nostalgic,” Palomba said. “It implicated the video game character, Red XIII, for the launch of the Final Fantasy VII Remake-Intergrade, and the 3D billboard was located in Omotesando, Tokyo.

“In this advertisement, the legendary soundtrack underscored the action that takes place. Red XIII runs away from the insidious Shinra Public Security forces. He lands in garbage, and winds up blowing a party favor blower to celebrate the release of the video game. It gave me goosebumps and reminded me how I felt while playing the original epic video game some 20 years ago. It truly, truly is a special and nostalgic piece of my life and childhood.

“Additionally, there is lore that surrounds the video game itself, as Final Fantasy VII is touted as the best Final Fantasy installation of all time. The advertisement made me want to purchase a copy of this video game.

“Advertisements that seek to integrate into our world, rather than ask us to integrate into theirs, can be perceived by some as a bit more organic, natural, or familiar. I think the 3D billboard format provides an avenue for deeper connections with audience members and provides unique and memorable experiences that cut through the amount of advertisements that we see every day.”