The College of Arts & Sciences graduate discusses why she has given so generously to the Commerce School. 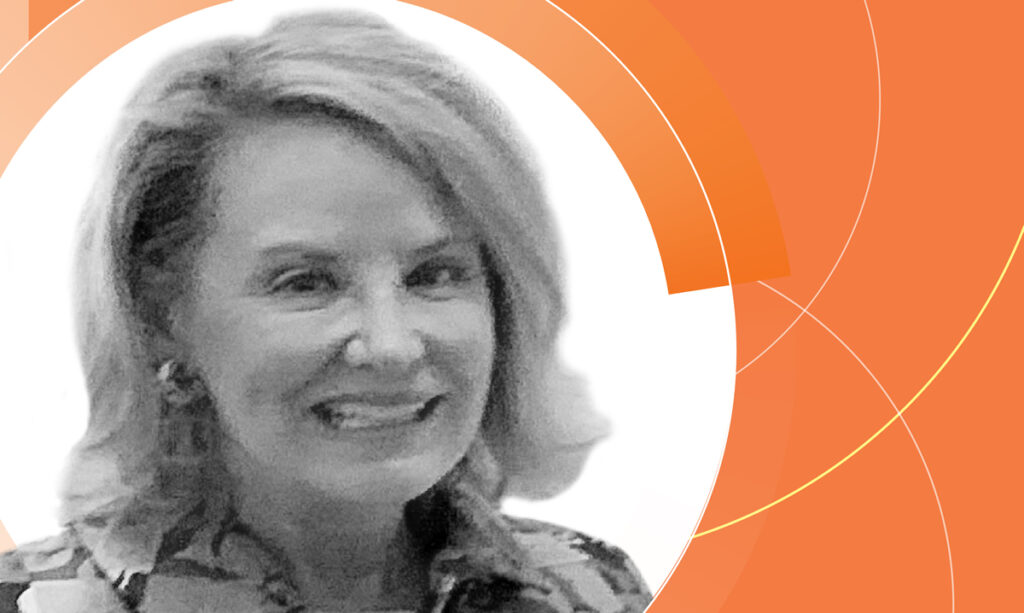 Lisa Bullock (A&S ’77) will be the first to admit that her relationship with the Commerce School is a bit unusual, noting that as an undergraduate at UVA, she never even considered applying to McIntire.

So how is it then that she and her husband, William, were moved to create the Lisa Leikam Bullock Bicentennial Scholars Fund to provide need-based support to Comm School students?

“My husband, Willie, and I made a conscious decision to support our educational institutions during our lifetimes, so we could participate in the activities of our schools and also see our impact firsthand,” Bullock says. She recalls that during the couple’s 2019 visit to Grounds, they learned from President Jim Ryan about UVA’s Honor the Future campaign and found the plan for facing the challenges of the next 20 years and beyond a compelling narrative: “We wanted to be a part of the excitement as the University enters its next phase.”

Bullock explains that as she and her husband were fortunate enough to have the family support and resources to attend their chosen universities, they were driven to ensure the same outstanding educational opportunities for others. And so, they acted, establishing the $1 million fund, made all the more impactful by UVA’s Bicentennial Scholars Fund, which leverages the support to create an even greater impact. Bullock believes the gift should help attract more top-notch women students to the Comm School.

Returning to the initial question: What was the rationale behind a College of Arts & Sciences graduate giving so generously to McIntire?

After completing her English Literature degree in the College, Bullock, who was in the middle of a full-year apartment lease and had not yet secured a job, decided to stay in Charlottesville. With some time on her hands, she decided to take a class at the Comm School.

It turns out, Bullock’s choice generated no less than a seminal life experience.

“Somewhere along the way, my eighth grade dream of becoming a stock broker was sidetracked,” she says, pointing to the low number of women enrolled at the Comm School in 1976, which totaled only a bit over 20%. “Clearly, I wasn’t alone in my hesitation.” Yet despite taking a different route as an undergraduate, she eventually did return to her calling through McIntire after taking a Business Law class during the summer of 1977, with the late Professor Joe Gibson.

“Much to my surprise and delight, I loved it,” she says, remembering Gibson’s expertise as a teacher and his warm sense of humor. His course had such a great effect on her that she immediately had an epiphany of sorts, deciding that business would define her future. That introduction to the subject sparked an intense interest that resulted in a 25-year career in investments and banking. Bullock began in the Wealth Management division of the Private Bank at First Union, which ultimately led to Senior Vice President at Wachovia Securities.

“The McIntire School demands excellence from its staff and its students, and is a shining star for the University’s reputation. On a recent visit, I was blown away by the resources available to these students, the work groups, the internships, and the international focus,” Bullock says.

Given that she has been a lifelong champion of women and women’s issues, the Lisa Leikam Bullock Bicentennial Scholars Fund gives a preference not just to Comm students, but female students at McIntire.

A former president of the Junior League of Greensboro, a North Carolina-based educational and charitable organization of women volunteers committed to promoting voluntarism and developing the potential of women, Bullock says that her own philanthropy “centers on economic independence for women, with education as the conduit.” In 2007, she co-founded Women to Women, a permanent grant-making endowment that transforms the lives of women and children in the Greensboro community.

Bullock says that because “charitable dollars earmarked for women still fall far short, yet so many societal problems stem from women’s economic insecurity,” she has maintained a focus on creating more positive outcomes for disadvantaged female members of her home city.

Likewise, with the aims of her scholarship fund, she hopes that her gift provides a true impact for those it serves. Bullock says the best reward for her personally will take place when she can meet the recipients, learn about their stories, and follow their future accomplishments.

“I hope that alums, and women in particular, will follow my example. A vast number of women graduates enjoy highly successful careers and have tremendous untapped potential for philanthropy on their own,” Bullock says about how different circumstances were 25 years ago. She sees her gift as fostering a cycle of giving that raises women along with the Commerce School—offering graduates the possibility of “leveraging their dollars with invaluable business world experience to enrich and ensure that McIntire remains a world-class institution.”