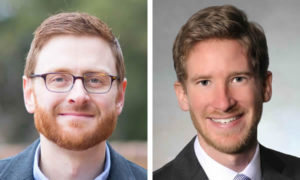 In four studies, the professors used two authenticity scales to measure multiple definitions and interpretations of what it means to call an organization authentic. The three first surveyed patrons at 24 restaurants participating in Charlottesville’s Restaurant Week event. Asking consumers one set of questions to determine how well an establishment fit within a specific social category (being representative of a specific type of cuisine) and another set about how much the restaurant expressed its core beliefs (displaying its values through its practices), they analyzed how consumers valued authenticity, ultimately weighing customers’ willingness to return to the restaurant and pay for the same meal after the event’s discounted price.

The findings showed that consumers would be more likely to rate the former type of authenticity higher but refuse to pay more for it. The latter type of experiences would not necessarily net more ratings stars; yet, customers showed a greater willingness to pay more for that value-based type of authenticity. The researchers replicated the findings in three additional experiments.

O’Connor, Lehman, and Carroll plan to conduct future research to clarify their theories. Questions remain about how online ratings may play a role in persuading others or how sharing information may reinforce the idea of authenticity, citing an example of restaurants receiving an extra star in Yelp reviews corresponding to a 5-9% revenue increase. Additional studies may also reveal the potential connection between organizations noted for upholding their beliefs, proving authentic—and therefore becoming more valuable—to a more selective customer base prepared to pay the premium for the experience.