A trusted and respected figure at McIntire for more than three decades, Alderson is well-versed in the many particulars that keep the School humming. 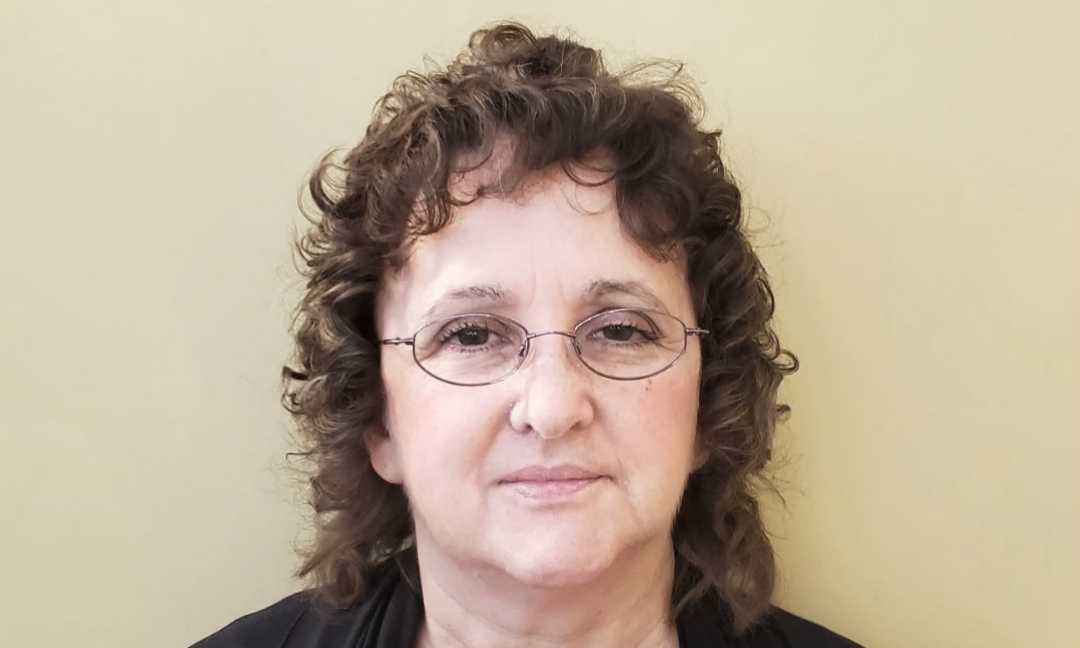 In her nearly 33 years as a McIntire staff member, Kathy Alderson has seen a great many changes at the Commerce School.

They’ve included big moments like the “Back to the Lawn” campaign, with McIntire relocating from Monroe Hall to its early and current home at Rouss & Robertson Halls. And she’s also been witness to myriad organization-wide shifts and seen the development of her own responsibilities as one of the linchpins of the School’s Business Office.

A trusted and respected figure, Alderson is well-versed in the many particulars that keep McIntire humming, and has earned a reputation as the go-to person for finding out how things around the School should be done.

“I’m here now because I enjoy working with the faculty,” she says. “I just try to help the faculty so that they don’t have to deal with the mundane; they just give everything to me,” Alderson says, explaining that years ago, she approached the Area Coordinators to ask if it would be easier for faculty if she handled their travel expenses. It was.

“That’s how this position started. I think it streamlined a lot of the processes.”

Moving to McIntire
Prior to Sept. 1, 1988, when she joined McIntire, Alderson was already part of the University, working for the Law School as a Clerk in its Admissions Office. But when she landed an interview with Professors Bob Kemp and Larry Pettit for the position of Finance Faculty Secretary, she was eager for a change.

“After the interview, I went back to my supervisor at the Law School and told her, ‘I really want that job,’” she recalls. “And the next day, UVA HR called me and told me McIntire wanted me. It wasn’t a hard decision for me to say yes.”

As it turns out, she says, the two professors who interviewed her ultimately had the greatest positive impact on her career.

“Bob Kemp and Larry Pettit always respected me, my abilities to do my job, and any decisions that I made regarding the program for National Banking School, which Bob served as director of for many years. And when Larry was Area Coordinator for the Finance area, he trusted me with any major problems,” she says.

That trust had Kemp reach out to her in helping prepare to receive and feed corporate judges for the daylong schedule of student presentations in his seminal GDP course. She remembers how, despite taking care of the necessary steps well in advance, presentation day didn’t go as smoothly as everyone had hoped, thanks to 10 inches of snow. But despite the difficulties that nature presented, the course presentations were a success, and the annual student demonstration became a major event that many alumni credit as a formative experience of their McIntire education.

A Professional Evolution
Since the time she was hired as Secretary, Alderson has taken on several different roles to help the Commerce School in a variety of educational initiatives.

After six years in administrative support for the Finance faculty, where she also managed general School responsibilities such as mailroom duties, she earned the opportunity to provide the administrative and logistical support for all the executive centers and their executive programs as well. That role included working for the McIntire Business Institute (MBI), as well as outside sponsored programs, such as the AICPA National Banking School, which was held at McIntire for 20+ years. She also served as McIntire’s point of contact between the staffs of the Consumer Bankers Association School of Retail Bank Management and the Virginia Bankers School of Bank Management, which both ran their programs in the Comm School building. Her position also allowed her to work with the McIntire Foundation, reconciling its accounts and collaborating with its leadership and the Business Office.

After eight years, Alderson requested a return to working as administrative support for faculty, citing health and personal reasons. While she did reassume that position, the directors of two of the executive programs (MBI and National Banking School) asked that she remain their administrative and logistical support person.

In 2008, with the School’s aforementioned relocation to Rouss & Robertson Halls, Alderson details that faculty support was reduced from five to three people—and another shift in her work. “As you can imagine, the reduction in support required adjustments to faculty and job assignments.”

She notes that for a few months, when construction wasn’t fully complete and some flooding had compromised some unfinished spaces in the then newly opened facility, she worked at RRH by herself while her peers remained at Monroe Hall, spending the first half of the spring 2008 semester racing between her new spot and her former space.

“I came over to RRH by myself and sat in the Business Office, supported the faculty, and sorted the mail. And every morning, I would have to run over to Monroe Hall and pick up the Wall Street Journals and bring them back to RRH—then go to Monroe in the middle of the day to pick up the mail. And when there were any major copy jobs, I’d have to go back over there and pick them up as well.”

Eventually, shy of a decade later, she was reassigned to the School’s Business Office, where she’s now been for approximately the last four years.

“It’s been a rewarding learning experience for me,” she says, “but it’s also in line with what I was doing as part of Faculty Support.”

An Extraordinary Team Effort
Alderson believes that the approach the McIntire faculty takes in educating students and teaching them the importance of working together differentiates the Commerce School from other business schools. She says that the collaborative mentality has permeated the working relationships for faculty and staff, making all the difference.

“That’s what I like about McIntire. Everybody tries to work together. Here, there’s a goal to find out how we can work together and do what we need to help anybody. Years ago, part of our job description was customer service and team building, so if I can help anybody, that’s what I’ll do,” she says.

She adds that having worked with the Finance faculty will always be special to her, giving her a wealth of happy memories. And though she has built her career at McIntire by assisting others, she credits her peers for helping her when it mattered most.

“I’ve enjoyed working here, and I’ve had great support from everybody here in the office. When you have people who support you, it makes your job and your ability to do your job a lot easier.”

While Alderson insists that she’s a perfectionist who likes “making sure that everything is done correctly,” she says that her experience from her more than 30 years at McIntire has been the best teacher for strengthening her knowledge and providing the weight behind her authority on policies and issues questioning those policies that tend to come her way in the Business Office.

“I know what should and shouldn’t be done,” she says with complete certainty. And if you’ve ever met Alderson, you’d readily admit that there’s no arguing with her about that fact.