Pace's time on Grounds has been spent supporting the Comm School in many different roles. 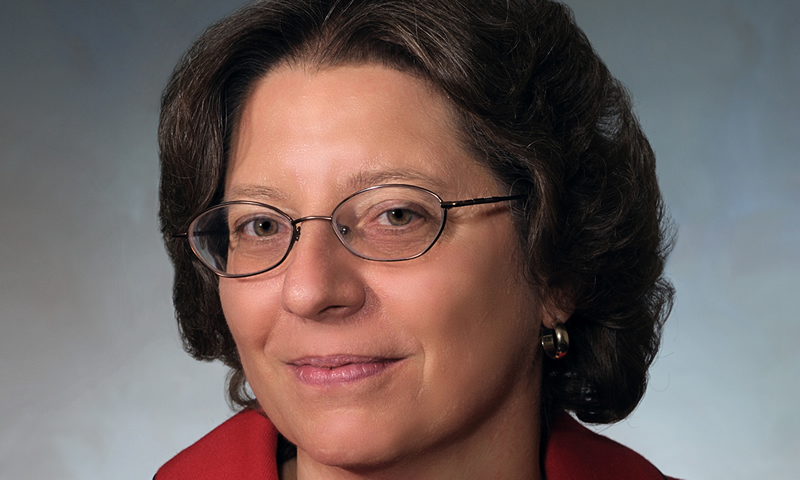 Jane Pace has been part of the McIntire community for nearly 35 years. She began her career as a staff member in the fall of 1986, when Professor Emeritus Rich DeMong brought her on board.

“I’d been working at local banks for a few years, as UVA was not hiring when I graduated from Longwood College with a B.S. in Business,” she says, noting that she concentrated in Finance and Economics as a student. And though Pace came to the McIntire as a Faculty Assistant to the Finance area, her time on Grounds has been spent supporting the Comm School in many different roles.

Her list of past responsibilities is impressive: Graduate and Center Assistant with Professors Whit Broome and Neil Snyder, Backup Student Payroll Support, Web Designer, One-Person Video Department, Multimedia Lab Support, Learning Management System Administrator, and Desktop Publishing and Classroom Audio Visual Support with Professor Randy Smith, “which evolved over the years to my current position as McIntire Instructional Technology Specialist,” she says, adding that she was also responsible for other tasks as they arrived throughout the years.

In addition to her lengthy list of duties and former positions she’s held, Pace says that the biggest changes she’s seen at McIntire concern the growing number of faculty, staff, and students; the impact manifested in the continued development of individual departments and the increasing specializations of roles.

Along with that growth at the School, she kept developing her own skills.

“I believe in continuous learning. In addition to seminars and other educational opportunities, I earned a graduate degree from the School of Education and a graduate certificate in eMarketing from the School of Continuing and Professional Studies,” Pace says, an outlook that guided her as she navigated her career.

Though she has many cherished memories during her decades at McIntire, she says that it was very fulfilling working with corporate partner EY, the University of Notre Dame, and Professor Bob Kemp when he served as Program Director for the Ernst & Young (now EY) M.S. in Accounting program. The earlier customized program at the School enabled students with a non-accounting undergraduate degree to earn an M.S. in Accounting from McIntire while also working for EY.

Pace reflects on how the evolution of distance education as online learning has changed a great deal, and points to the collaborative efforts she was part of that stay with her today. “I remember the teamwork of the corporation, technology, instructors, staff, and administration all working toward a successful program,” she recalls.

“Working with EY, I set up multiple computers and a camera for videoconferencing, a time-consuming process. Students were required to reserve a room in their EY locations with videoconferencing capability,” she says, adding how easy it is now for anyone to connect to Zoom from anywhere “without specialized equipment and in a matter of moments.”

And that’s not to understate the efforts and collaboration of staff and faculty who were responsible for the major shift to keep classes going when the pandemic hit last year, she stresses. “I felt this strong teamwork again, as we, as a School, worked to quickly pivot to fully online learning. There was one goal: to provide the best student experience.”

When asked who has had the greatest positive impact on her work, Pace has to pause—and with good reason. “This is a tough question, as I have had many colleagues over 35 years.” But rather than naming people individually, she credits her colleagues as a whole.“I appreciated the faculty and staff who provided opportunities for advancement, pushed me to be my best, and gave me the chance to excel,” Pace says. “As someone recently reminded me, I’ve grown up at McIntire.”