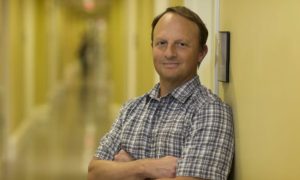 According to a May 10, 2016, Vegas Inc. story titled “New Database Highlights Nevada’s Connection to Panama Papers,” one Nevada company was mentioned in a federal indictment of FIFA officials. At least 10 Nevada-registered firms were owned by one of Thailand’s wealthiest families, and dozens more have ties to a corruption probe in Brazil, a USA Today analysis revealed last month.

They represent a sliver of the more than 1,000 companies created by M.F. Corporate Services, a Nevada entity linked to the Panamanian firm at the center of the largest data leak in history. That firm, Mossack Fonseca, reemerged in the news May 9, 2016, when a group of investigative journalists with access to the documents, dubbed the Panama Papers, published a database of 200,000 offshore entities.

The database published May 9 showed 1,260 entities active in Nevada from the Panama Papers and a previous leak, though only a portion of those companies remain active.

Even so, the incorporation-friendly state isn’t likely to change its laws anytime soon, Finance Professor David C. Smith says in the story.