From the Centennial Archives: Answering the Entrepreneurial Call: Andy Forch (McIntire ’07) of Huckberry

As Andy Forch sat looking over San Francisco Bay watching a Coast Guard helicopter zoom off toward the ocean, he was gripped by a familiar feeling. It was the spirit of adventure.

For 100 years, the McIntire School has been made stronger by the people who are committed to our ever-growing community of business learners and visionaries. Driven by a desire to use the power of commerce to effect positive change across the world, our alumni help to enact that transformation on Grounds and beyond by investing their time and care in current Commerce School students. In celebration of our Centennial, we recognize the work of our many dedicated mentors, who, year after year, share their knowledge and guidance with the passionate third-years, fourth-years, and graduate students who represent McIntire’s future success. 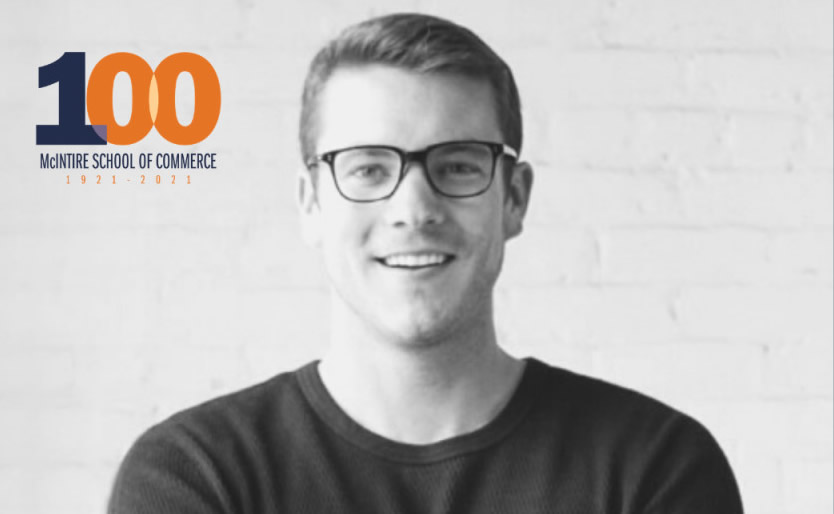 As Andy Forch sat looking over San Francisco Bay watching a Coast Guard helicopter zoom off toward the ocean, he was gripped by a familiar feeling.

It was the spirit of adventure.

A Commerce School Finance and Marketing concentrator who began his career in New York with M&A investment bank Greenhill, he found himself on the West Coast, helping open the company’s San Francisco office. But as he suited up for work each morning, he couldn’t ignore the city’s startup zeitgeist. Nor could he shake off the feeling that as a business-minded urbanite, he was still living for any chance to explore. Excited by the prospect of attempting something he had never tried before, he came to the conclusion that he had an irrepressible entrepreneurial itch. It needed scratching.

It was 2010, and he was in his mid-20s. Deciding that it was time to gamble on his own ideas, he made a change. Together with Richard Greiner, Forch left his job, the two invested their own money, and working out of their apartments, they co-founded men’s online retailer Huckberry in April 2011.

“I knew that I wanted to take a shot at one point in my life,” Forch recalls. “It was really just a willingness to try something new—and to do it with one of my best friends.”

After promptly outsizing the square footage of their apartments and relocating to the first in a series of ever-larger and more hospitable warehouses, Huckberry continues to flourish, gaining in employees, business partnerships, creative ideas, and profits.

What instilled Forch with the confidence and skills to launch a lifestyle product site inspired by the great outdoors? How was he prepared to pivot so abruptly and to try his hand at a new entrepreneurial endeavor in a completely different field?

Forch credits McIntire for giving him all the assurance he needed to bootstrap Huckberry to success. “I had the best undergraduate business experience in the world,” he says. “I had exposure to sales, finance, marketing, accounting, organizational behavior, and communication—and the skill set to do it. It gave me the confidence to pursue my own dreams.”

He traces that confidence to many “little things”—an innumerable collection of valuable lessons learned from McIntire faculty: “I had so many great mentors I’m still fortunate enough to be in contact with today.” Forch cites Professor Lynn Hamilton for guiding him to become a more professional presenter and for teaching him how to effectively deliver criticism (politely offset by sandwiching it between a pair of positive comments). Professor Gary Ballinger empowered Forch with the idea that building up substantial savings frees one from unwanted commitments, especially any potentially unethical business dealings.

He also thinks back fondly to a maxim from Professor Lucien Bass’s legendary “Negotiating for Value” course: “‘You get more with sugar than you do with vinegar.’ It’s like a life principle,” Forch says. “I’ve taken away a set of foundational beliefs from McIntire that has not only set me up for professional success, but also personal success. They have become principles for how I conduct myself and how I’m teaching the team that works under me now.”

Forch has brought other UVA graduates into the Huckberry fold, and is eager to pass on what he has learned from his experiences. In that process, he has noted one striking difference between Commerce School students and the rest: the ability to take action. “As I’ve mentored students over the years, the ones who didn’t go to McIntire often say, ‘I really want to start this business, but I want to take this one class.’ The ones who say that never start the company. When I was 25, I had the confidence to just jump in the ring and get beat up a few times.”

For Forch, risking failure came with an upside that was too great to disregard, and the payoff of his career change has been rewarding.

“What I love about my job is that I get to follow my nose. Huckberry’s a tool for discovery,” Forch says. Capturing that spirit of adventure—along with the nuts of bolts of running a business—has often made it difficult for him to separate work from play, as evidenced by a tale about a recent Japanese ski trip the founders took. Yet despite the company’s challenges to prosper in an industry often beleaguered by business news headlines about grim projections, Huckberry is thriving.

And perhaps best of all, Forch continues to enjoy where the journey of his e-commerce startup expedition takes him. “If you find your niche and stay in your lane,” he says, “retail can be a really fun business.”

The McIntire School of Commerce supports its alumni creators. Discover more stories about the entrepreneurial ventures of our community by following #McIntireMade on Facebook, Instagram, Twitter, and LinkedIn.

This story was originally published January 8, 2019.