A Brave Heroine, a 21st-Century Pandemic, and a McIntire Alum’s Movie Inside of a Video Game

When faced with lockdown in Hollywood, independent filmmaker Harrison Wade Reishman (McIntire ’07) shifted his focus to create what he could by using what was within arm’s reach. Five months later, he had written, directed, produced, and edited a 40-minute biographical movie about legendary journalist Ida B. Wells. But this wasn’t just any movie: It was a movie made inside of a video game.

Reishman felt personally drawn to produce “Ida B. Wells: A Red Record” (2020), which chronicles the harrowing work of the film’s titular character Ida B. Wells, a legendary crusader for justice who investigated unreported lynchings across the United States during the 1890s.

“I wanted to tell an inspiring true story using a video game set in the 1890s, and I knew a little about Ida’s life,” says Reishman, a Commerce School alumnus who double-majored in Psychology. “I came across her book A Red Record, which serendipitously matched the gameplay and fueled my creativity to adapt her work into a film.”

The biographical short, set inside Red Dead Redemption 2’s online game engine, details the true events of Wells-Barnett’s life during the research and publication of her book: A Red Record—Alleged Causes of Lynchings. Emancipated from slavery and orphaned by the 1878 yellow fever epidemic, Wells became a journalist who chronicled lynchings through controversial commentaries published in the Memphis Free Speech and Headlight. Eventually, Wells released her research on the subject in a pamphlet titled, “Southern Horrors: Lynch Law in All Its Phases,” which led her to write an even deeper examination of lynching that took place after the Emancipation Proclamation of 1863: “The Red Record,” a 100-page pamphlet helped awaken Northerners to the escalating violence against Black people in the South.

Long neglected for her historic contributions to journalism, Wells was recognized in 2018 by The New York Times, which published a belated obituary for her, for its series marking International Women’s Day; the column sets out to acknowledge that, since 1851, its obituary pages had been dominated by white men, while notable women—including Wells—have long been ignored. In 2020, Wells was posthumously honored with a Pulitzer Prize special citation “[f]or her outstanding and courageous reporting on the horrific and vicious violence against African Americans during the era of lynching.” 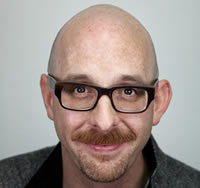 The perseverance of Wells inspired filmmaker Reishman during the toughest filming days. Spurred on by the bravery of his title character and the beauty of Red Dead Redemption 2, Reishman quickly overcame the difficulties of starting out knowing little of the machinima genre—cinematic productions specifically created inside of video games. But he soon discovered the process was similar to the making of any movie.

Each actor, contributing to a total of 29 unique online characters, needed hair and makeup choices, costumes, transportation to set, and all the usual considerations required of any on-screen talent involved in the movie-making process. Compounding the typical technical challenges inherent in the form, the camera had to roll at the precise weather, daylight, and camera angle to capture all the orchestrated performances and action sequences occurring naturally within the gameplay. Further complicating the end product was the ever-present threat of potential interference from AI-manufactured animals and onlookers, as well as real-life harassment from users competing within the game itself.

“Ida B. Wells: A Red Record” launched on YouTube and Vimeo on Nov. 19, 2020, to enthusiastically positive reviews on both platforms, where the nonprofit project will remain in hopes that future audiences can discover it to learn about the incredible journey of a woman committed to justice.

As one viewer commented, “Not only was your film entertaining in its own right, but it’s also taught me a bit of history and made me want to learn more about Ida’s life.”

This is the fourth short film shot by the Hurricane, WV, native, who is also the recipient of two West Virginia Filmmakers Festival Short Film Awards for “Crosswinds” (2019) and “An Actor’s Affair” (2020). The movie features the voice-over work of three talented actors. Bunmi Famuyiwa narrates and voices Ida B. Wells, joined by J. R. Starr, who voices Reverend King, and Claudis Bridgforth, who voices C. J. Miller.

What’s next for the Comm School alum? Reishman is debuting his fifth short film, “Next Level,” later this spring on his YouTube and Vimeo channel, ReishmanFilm. He’s also set to produce, edit, and act in a feature film slated to go into production this summer.