2016 Galant Challenge Connects UVA Community’s Entrepreneurial Ventures with as Much as $1.5 Million in Potential Capital

The 2016 Galant Challenge opened the door for three promising entrepreneurial ventures, all founded by members of the UVA community, to access nearly $1.5 million in potential capital. 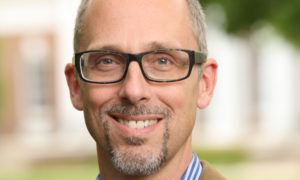 The 2016 Galant Challenge opened the door for three promising entrepreneurial ventures, all founded by members of the UVA community, to access nearly $1.5 million in potential capital.

The Challenge, held April 15, 2016, at Charlottesville’s Paramount Theater, occurred alongside the student-oriented UVA Entrepreneurship Cup and in conjunction with the week-long, innovation-oriented Tom Tom Founders Festival. Now in its fifth year, the Galant Challenge is designed not only to showcase compelling ventures emerging from the UVA community, but also to connect such ventures with critically important capital.

“The Galant Challenge offers UVA’s entrepreneurs a terrific opportunity to make vital connections with the investor community,” says McIntire Professor David Touve, who serves as Director of the School’s Galant Center for Entrepreneurship. “On behalf of the Galant Center for Entrepreneurship, I am extremely pleased that we were once again able to host such a successful event for such an outstanding group of entrepreneurs.” Touve notes that this year’s Challenge event was bigger, in terms of capital, than all four previous years combined.

The Galant Challenge was initiated in 2012 by Center trustee Mark Galant (McIntire ’80), Founder and former CEO and Chairman of Gain Capital and Founder, CEO, and Chairman of Tydall Trading LLC.

Here’s the Pitch
The event’s format was carefully planned to give the audience a fly-on-the-wall experience of a real-world entrepreneurial “pitch.” Having already met privately with the event’s panel of potential investors, the entrepreneurs spent 10 minutes on stage with the investor-panelists, allowing listeners to witness the pointed questions and nuanced discussions that occur during “pitch” meetings, as founders and potential investors discuss key issues ranging from market opportunities and competitive concerns to the founders’ backgrounds, experience, and accomplishments, as well as the venture’s “secret sauce.”

“The ventures participating in this year’s Challenge were some of the most ambitious and promising we’ve seen,” Touve says. “These three compelling start-ups truly challenged the panelists to take the conversation to the next level.”

Capital Connections
The panel of investors seemed to share Touve’s positive impressions of the participating ventures: In total, the three companies participating in the Challenge—Contraline, Social SafeGuard, and TypeZero—were connected with nearly $1.5 million in potential funding, pending further diligence and conversations; all three participants in the Galant Challenge received interest of at least $100,000.

But Touve says the Challenge was about far more than just big numbers. “This year’s Challenge was a win on so many levels,” Touve says. “Not only were we able to showcase some of the amazing ventures founded by UVA alumni, we were also able to connect those ventures with potential capital—all the while providing students with a very clear picture of the challenges and opportunities with which new venture founders and funders are presented.”