M.S. in Commerce Student Wins Writing Contest for Second Year in a Row 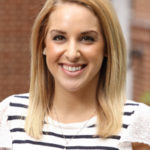 M.S. in Commerce student, Ethan Swain, won first place in this year’s Madha Chopra Writing Contest for his submission of Wilhelm’s Lament. Ethan is a member of the Class of 2019 and earned his Bachelor of Arts in Humanities, Theology and Religious Studies from Villanova University prior joining the Finance Track of the Program.

The Madhu Chopra Writing Contest is held in honor of Madhu Chopra (McIntire School of Commerce ’89) each spring. Madhu Chopra was a dedicated, spiritual Commerce student who remains an inspiration to students today. The contest, sponsored annually by the Chopra family in Madhu’s memory, gives McIntire undergraduate and graduate students an opportunity to reflect creatively on their lives at the School. Students are invited to create poems, essays, short fiction, photo essays, videos, or multimedia submissions that speak to their experiences at McIntire.

Congratulations to Ethan on winning this year’s contest! Read his entry below.

A bank was based once on nobility.
It stood a mighty fortress safe and strong,
Procuring trust with some civility,
A refuge where security belonged.

So too the bank of old knew how to dance
Quite nimbly ‘cross the messy legal stage,
Before they tried to codify finance
And trap the nuance in a steely cage.

These partnerships of two or three ole’ chaps
Advised the folks who needed some advice.
And how, you ask, could this stout dais collapse?
–When trust became the fitting sacrifice!

One kind of prize tied down their balance sheets
And penetrated every nook and crack,
More valuable than gilded trading streets
Or structured products for some maniac.

This golden apple of the bankers’ eye,
The cream of crops for those that play the game,
The chief concern they hoped they could supply
Was reputation for their honest name.

Alas, this tale has now returned to dust
And withered from the board on which they play,
While traders disregard the need for trust,
Performing any job if someone pays.

The shift from partnership to stock exchange
Divorced an owner’s wealth from his repute,
Expanded corporations’ scope and range
But peppered conflict on new trading routes.

Descending down it started with new toys:
Computing power emerged democratized.
“Why not test out Black-Scholes,” inquired the boys,
“If delta can be truly neutralized?”

“Now come!” they cried, “And revel in joint stock!”
“With haste and let us price an IPO!”
“We short!” they cheer, “And ride the bubble shock,”
And, “Dump the risk, securitize the dough!”

But soon the regulators sniffed the trace
And armed themselves with weapons for the war.
Fiduc’ry dues supplied the coup de grâce—
The bank a bull, the state a matador.

Henceforth we see how trust will be replaced
By legal imperfections from the courts,
Forgetting tacit contracts now erased,
Assuming banking’s naught but longs and shorts.

In doing so, they magnify the loss
And overturn the expectations formed
And snap the bridge nostalgically we’d cross
When reputation kept banks’ lifeblood warm.

And so, investors hang by others’ whims,
And to a novel stage they bend a knee:
The circus where the information swims
And ETF’s provide a way to flee.

Enjoy the market-maker’s fickle dance.
Enjoy the frictions, volatility.
Hop on and try your hand at high finance,
But pray you never cross the SEC.