Getting Engaged Outside the Classroom 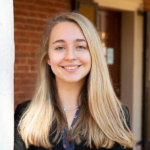 It’s been a challenge this year for Contracted Independent Organizations (or CIOs, UVA’s phrase for “clubs”) to keep operations going on Grounds. Many McIntire CIOs are busy in the fall with probationary processes—a.k.a. training periods for first- and second-years. However, given the circumstances, many third- and fourth-years have asked themselves: How do you keep new members engaged while keeping everyone safe and sticking to UVA guidelines?

For McIntire organizations, the answer has been through small group and one-on-one meetings. I’m in a CIO called the Alternative Investment Fund (AIF) at McIntire, which, like Virginia Venture Fund (VVF) and Virginia Undergraduate Real Estate Club (VUREC), has come up with some creative ways to keep students engaged.

Keeping It Discussion-Based on Zoom Is Key
With large classes of new members learning and several older members teaching, in-person training sessions just aren’t possible for most CIOs this semester. Further, after a week of Zoom lectures, it can be tough to keep everyone feeling present during weekend training sessions. However, AIF found that discussion-based Zoom sessions have been the best way to keep members feeling engaged. With everyone’s videos on and interruptions encouraged, many McIntire clubs are using the same approach to help their members feel involved.

One-on-One Mentorship
Many McIntire clubs, AIF included, are using the current situation as an opportunity to facilitate more one-on-one mentorship to create lasting relationships between students. AIF paired each trainee with a mentor, and these pairs frequently grab lunch to stay engaged. VVF added alumni mentorship as well, helping first- and second-years create even deeper connections with their communities.

Socially Distant Gatherings
To many of the CIOs, one of the most important aspects of operations is creating communities. AIF in particular values its collaborative culture and family-like community—something that isn’t easy to replicate over Zoom.

In accordance with UVA guidelines, AIF has hosted several small social events to encourage members to get to know each other. One of these events included a series of five- to six-person gatherings across Grounds on a Friday afternoon with events such as picnics, grabbing an early dinner, and even grilling outside at a third- or fourth-year’s apartment. This past fall, the CIO hosted a series of 10-person gatherings on the Lawn—one (pictured) occurred at a fourth-year’s Lawn room and featured music and pizza. For some probationary members, this was the first time meeting their peers and mentors in person after getting to know them for weeks over Zoom.

Most other McIntire CIOs have enacted similar social plans to keep club camaraderie and communities strong. Almost all McIntire organizations have, in some form, taken advantage of the nice weather to gather on Grounds when it’s nice, hosted hikes, and created book clubs for members to stay connected.

It’s been a challenging semester at UVA for many. However, with the hard work of McIntire students, many CIOs have been able to create a new “business as usual” with rich rewards for new members.