“Doing Business in the U.S.” – A Recap of Our Trip to the Nation’s Capital

As a part of McIntire’s M.S. in Global Commerce Program, during which students live and study in the U.S., China, and Europe, we learn about how business is done in the three locations. We recently completed the "Doing Business in the U.S." course, which allowed us to see firsthand the cultural, economic, and political factors impacting business in the U.S. today. As a part of the course, we visited a variety of companies in Washington, D.C., for three days and explored the city. 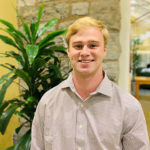 As a part of McIntire’s M.S. in Global Commerce Program, during which students live and study in the U.S., China, and Europe, we learn about how business is done in the three locations. We recently completed the “Doing Business in the U.S.” course, which allowed us to see firsthand the cultural, economic, and political factors impacting business in the U.S. today. As a part of the course, we visited a variety of companies in Washington, D.C., for three days and explored the city.

The trip started with a visit to The Washington Post, where we met the CFO and a chief editor. They were candid about how online platforms are disrupting traditional newspapers and the emergence of “fake news.” Our class learned how The Washington Post strategizes in response to disruptions and now sees itself as a technology company. From there, we were off to find some lunch and then to the State Department.

The State Department taught us how the U.S. promotes Americans in foreign business ventures. The government side of entrepreneurship showed us how the U.S. supports the economy, domestic and abroad. A panel of department representatives spoke on the department’s different “cones” and how being a lifetime civil servant works as a career.

In all, the first day helped us see two perspectives on American businesses that formed a foundation for the rest of the trip. After the visits, at the end of the day, we celebrated the birthdays of two of our German friends in the cohort, Marcus and Leo.

The second day was a big pivot from the first day, in that we met with sports franchise D.C. United. The Major League Soccer (MLS) team faces completely different issues from The Washington Post. Most notably, we learned that most sports teams operate at a loss and how D.C. United is using its assets to minimize this loss. Leadership showed a lot of creativity in how they can use the stadium as a place for events and festivals, and they are even opening a sportsbook at the stadium to be open when there are no matches. As a soccer fan, I often watch games without even thinking of all the behind-the-scenes work needed to make it happen. 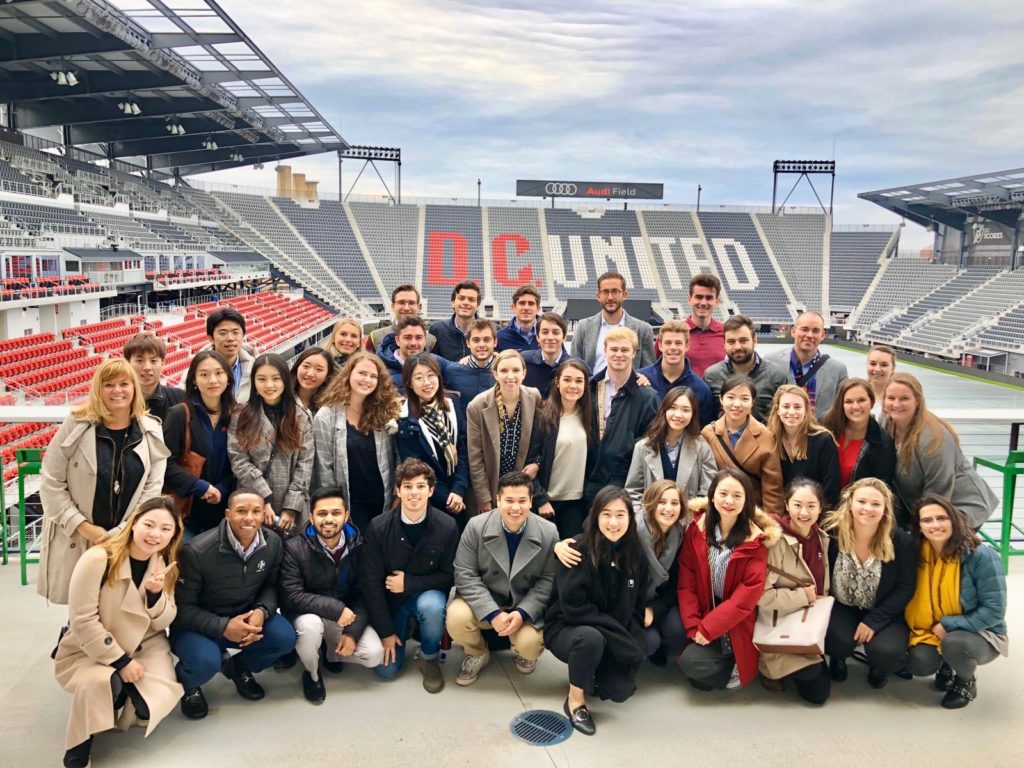 From the D.C. Navy Yard to the National Mall, we took a break from businesses to get a history lesson. Tour guides took us to all of the memorials and taught us the significance of all the monuments. As an American, it was powerful to see all the names on the wall of the Vietnam Veterans Memorial, and for many in the cohort it was their first time exploring Washington, D.C., and learning all the history. After an early day, we had an entire afternoon to explore the city on our own! We ended the day with dinner at a Lebanese restaurant, where M.S. in Global Commerce alumni from the area met us and shared stories of their experience and life since the Program.

The last day had one company visit with National Geographic and a tour of the U.S. Capitol Building. Since we had already met with The Washington Post, I did not know how National Geographic could be any different. I realized I have a lot to learn about journalism. The issues they talked about included how they could fight for sustainability through journalism. It was great to hear a company so focused on the triple bottom line. Their recent acquisition by Disney gave our group a lot to discuss. National Geographic was excited about the opportunity, as they saw a lot of synergies between the companies. After a visit I know everyone loved, we went to the U.S. Capitol Building for a tour to wrap up the trip.

After an eventful three days, students enjoyed their weekends by going to New York City, Boston, or staying in Washington, D.C. Not only did we have a very immersive experience behind the scenes of business in the U.S., we also had a lot of fun together exploring the best spots in the city. 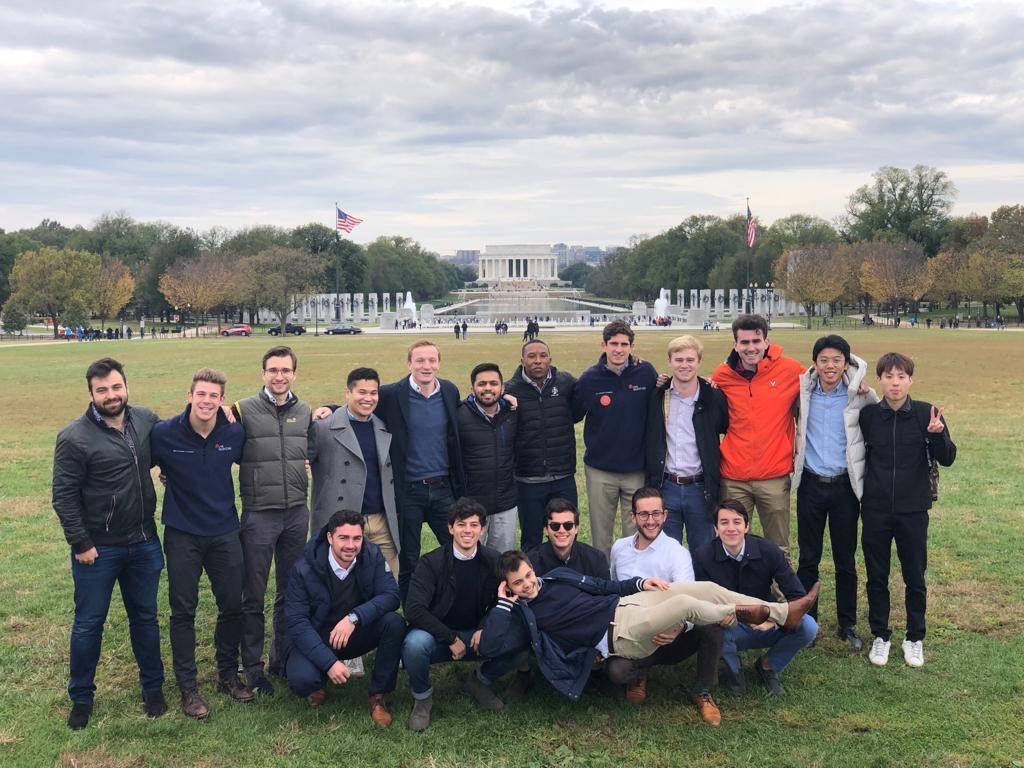 M.S. in Global Commerce students on the National Mall during the Washington, D.C., trip.