It’s no secret that McIntire gets a lot of its clout for its placement within top firms in the financial services industry. However, there are a lot more paths than the mainstream ones you tend to hear about at McIntire. 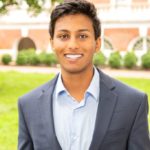 It’s no secret that McIntire gets a lot of its clout for its placement within top firms in the financial services industry. However, there are a lot more paths than the mainstream ones you tend to hear about at McIntire. I like to think that this is one of McIntire’s best kept secrets. It’s very hard to look into the Commerce School and see that there are a lot more options than meet the eye. For me personally, having a background in some very different business ventures like beekeeping and maple syrup production, I didn’t think my skills and interests would resonate in something much more mainstream (even though there is absolutely nothing wrong with that). This made me unsure my first and second years if I would be interested and included in the McIntire community. After spending a semester in Commerce, let me tell you about a realization that I’ve had: Boy, was I wrong. I’ve met people who have worked with companies in YC [Y-Combinator], have started their own businesses, and share a similar passion as myself. McIntire does an excellent job exposing students to many different career opportunities, and not pigeonholing you to one specific job or industry that you think you may or may not be interested in.

I found the alumni network and professors to be the most helpful when looking for other opportunities. You would not believe the number of McIntire alumni you can find all over the world, doing things from working for nonprofits in South America to running their own SAAS [Software-as-a-Service] companies in Silicon Valley. As for the professors, they have real-life experience in mainstream careers, as well as working with startups and other small businesses. Now I know that I’ve only touched on two ends of the spectrum, but there are a lot more opportunities for McIntire students in other areas not limited to advertising, big data, and research. You have the opportunity to take full advantage of both of these resources, plus so many more that I’m sure I don’t even know all of them.

The best part about trying out something unique is that McIntire’s expansive network and credibility make it very, very possible to switch into different industries if you find that it’s not something you like. My advice: If you’re not sure that McIntire is the place for you because your interests are not those that are thought of when you think the “typical Comm student,” think again. The diversity of thought that is here at McIntire is what really sets it apart, and I can guarantee you that someone currently here or who has graduated from here has done the exact same, or something very similar to you.